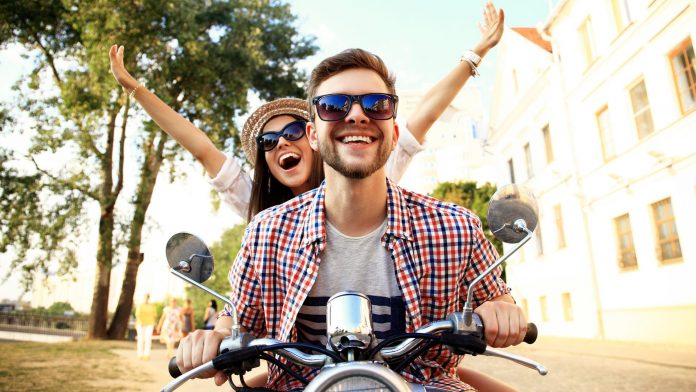 Stocks rebounded sharply last week as investors rushed back to the market following a month of extreme pessimism.

The rally followed a basing period in early October as sentiment readings fell to their lowest levels in over a year. During that time investors worried about inflation, tighter monetary policy and the Delta variant of coronavirus. Three times, the bears tried and failed to push the S&P 500 below its September low. Then the selling pressure eased as reality proved less scary than investors had feared.

One big cloud to lift was inflation. Consumer prices were slightly higher than feared, but producer prices were below estimates. In both cases, spiking energy costs drove most of the increase. Next, the Federal Reserve acknowledged it may reduce asset purchases by mid-November. While these items are potentially negative, investors have had weeks to adjust to both.

But there’s another side to the coin: What if inflation and tighter monetary policy actually aren’t all that bad? After all, the inflation report showed new-car prices jumping the most (+8.8%) since 1980. That helped lift automakers like Tesla (TSLA) and Ford Motor (F).

Other companies benefited from higher prices. Freeport-McMoRan (FCX) was the S&P 500’s biggest gainer this week as the shortages drove copper futures to five-month highs. Alcoa (AA), no longer a member of the index, leaped 18 percent thanks to higher aluminum prices. Trucker JB Hunt Transport (JBHT) also had its best week since 2009 after revealing it charged customers 24 percent more per load in the third quarter.

Next, the prospect of higher interest rates is a potential positive for banks and financials. Several major companies in the sector reported earnings, and nearly all beat estimates. Bank of America (BAC) had the biggest gain after successfully growing its loan book. Lenders are also benefiting as a healthier economy reduces the risk of borrowers defaulting, which lets the firms reabsorb funds set aside during the crisis last year.

Slowing consumption is another fear that isn’t playing out. Similar to the investor surveys, consumer polls show deep angst about coronavirus and the economy. But then actual numbers are crushing to the upside.

Last week’s gains were broadly dispersed across the market, with 10 of the 11 major sectors advancing. Communications were the main weak spot after AT&T (T) crumbled to a new 11-year low.

Solar stocks had their best week since March after China renewed its green push and Congressional Democrats made progress on a potential stimulus bill.

Bitcoin also jumped above $60,000 as the U.S. Securities and Exchange Commission moved toward allowing an exchange-traded fund (ETF). That lifted cryptocurrency-related stocks like Marathon Digital (MARA) and Coinbase (COIN).

Something else: The SPDR Energy ETF (XLE) broke a potentially important resistance level at $56. It’s the top-performing sector fund this year, but the worst since crude oil dropped below $100 in 2014.

Last week’s bounce occurred at the same 100-day moving average that’s provided support since October 2020. It planted the S&P 500 back above the 50-day moving average and a short-term falling trend line. That could make chart watchers believe the longer-term uptrend is still intact.

The rally also pushed Cboe’s volatility index (VIX) to its lowest level since the beginning of September.

This week’s agenda focuses on more quarterly results and housing. At least 74 members of the S&P 500 report earnings.

Today’s big event could be the SEC’s potential decision on a Bitcoin ETF. NAHB also releases its monthly homebuilder-sentiment index.

Housing starts and building permits are due tomorrow, along with results from Johnson & Johnson (JNJ) and Netflix (NFLX).

Honeywell (HON), American Express (AXP) and Seagate Technology (STX) are some of the important names on Friday morning.

Apple Still No. 1 as Traders Shun ETFs: July at TradeStation