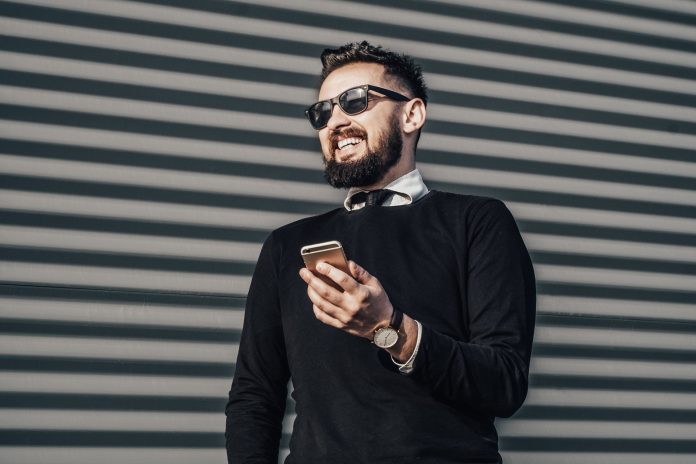 The most important week of earnings season is over, with giant technology stocks like Apple and Amazon.com more than satisfying Wall Street’s lofty expectations.

Both companies shot past expectations thanks to strong demand and shining execution of their business models. AAPL stood out the most by crushing forecasts on iPhone sales and continuing to grow its key services business. But perhaps even more important, CEO Tim Cook announced a 4-for-1 stock split. That not only pushed the shares above $400 for the first time ever. It also revived memories of the late 1990s, when stock splits often fueled big rallies in tech.

AAPL also enjoyed a 22 percent spike in Mac sales and 31 percent growth in iPads. In both cases, the company sees increased demand from both corporate spending and education. This catalyst, driven by remote work and schooling, wasn’t on a lot of people’s radar only a few months ago. It suggests AAPL is successfully leveraging its brand loyalty into market-share gains, at the same time it’s transforming into a services provider.

AMZN blitzed past estimates because of massive demand from a locked-down American public. Revenue was 9 percent above forecast and guidance for the current quarter was about 4 percent higher than estimates. But the biggest surprise was profit — more than 7 times the consensus number. That came despite big spending on protective equipment for employees.

Still, AWS cloud-computing unit missed estimates. That follows a similar disappointment from Microsoft’s (MSFT) Azure last week. It may be a sign of how coronavirus has hurt businesses spending in the broader economy.

Facebook (FB) also beat estimates across the board as the coronavirus pandemic kept people glued to their newsfeeds and Instagram. Daily active users were about 2 percent ahead of estimates, and revenue per user was stronger than expected. That offset worries about an advertiser boycott, and pushed the top- and bottom-line results past consensus.

The news could help FB break free of a consolidation area that’s held it in check since early May. It may also firmly establish the company’s market capitalization above $700 billion. Is Mark Zuckerberg’s firm on pace to become the fifth trillion-dollar company?

Another member of that club, Alphabet (GOOGL), reported a decent quarter. Earnings and revenue both beat, even with coronavirus weighing on advertising. The main bright spot was a 43 percent growth in Google Cloud business, however that’s still a tiny fraction of total revenue. YouTube ads rose an underwhelming 5.8 percent. Some of the profit beat resulted from lower-than-forecast capital spending.

Another big story this earnings season has been the breakout in semiconductors. Advanced Micro Devices (AMD) soared to new record highs, lifted by strong demand for PCs, gaming and data centers. The company’s also benefiting from problems at Intel (INTC), which is struggling to produce a 7-nanometer chip.

By the way, INTC has been the worst performer in the Nasdaq-100, the S&P 500 and the Dow Jones Industrial Average in the last week. Are its product troubles starting to resemble Boeing (BA) and the 737 Max? (More on BA below.)

Qualcomm (QCOM) was another semiconductor name to beat earnings and revenue estimates. But the real story was a patent settlement with Chinese smartphone maker Huawei, giving QCOM visibility to profit from the rollout of 5G networks. The news launched QCOM to a new all-time high above its January 2000 peak of $100.

As Market Insights has covered, the current rally in technology stocks is remarkable for its depth and breadth. It’s not just huge names like AAPL and AMZN. There are also plenty of up-and-coming growth names climbing from mid-cap to large cap status. Several of them reported strong results last week.

Shopify (SHOP) reported a strong quarter, with revenue up 97 percent. The provider of e-commerce services capitalized on coronavirus to offer free trials to small businesses. The stock jumped after the report but didn’t break out. SHOP is up more than 600 percent from the start of 2019. Is it time for a pause?

Teledoc (TDOC), on the other hand, closed at a new high after remote doctor visits tripled. Earnings missed but revenue beat. CEO Jason Gorevic cited “sustained demand in areas that are no longer considered hotspots” for coronavirus: another company that’s gained market share from the pandemic.

But then you have BA. The aircraft maker not only missed estimates across the board. It also lowered guidance after coronavirus crushed flight demand. The once-mighty Dow member is now back to its lowest level since June, and has surrendered more than half its post-March bounce.

Two other noteworthy companies announced strong results this week, thanks to coronavirus.

The results not only launched UPS to new record highs. It followed FedEx’s (FDX) beat in June, which also resulted from strong e-commerce demand.

UPS might be even more interesting because its quarter was a victory for new CEO Carol Tome. She’s promised to make the 113-year old company’s culture faster and more efficient. Investors may want to keep an eye on her for more positive surprises.

Procter & Gamble (PG) had its sharpest revenue growth since 2006 as a Covid-wary public stocked up on Tide and Mr. Clean. Organic sales were more than twice estimates and margins widened by more than 2 percentage points. That also established PG at new record highs above its February peaks

In conclusion, the busiest and most important week of earnings season has passed. Most of the biggest technology companies like AAPL, AMZN and FB beat estimates. Other non-tech firms like UPS and PG are benefiting from the pandemic, although industrials exposed to aerospace are struggling. Semiconductors continued their ascent to new record highs. And just think: 5G has barely even started yet.