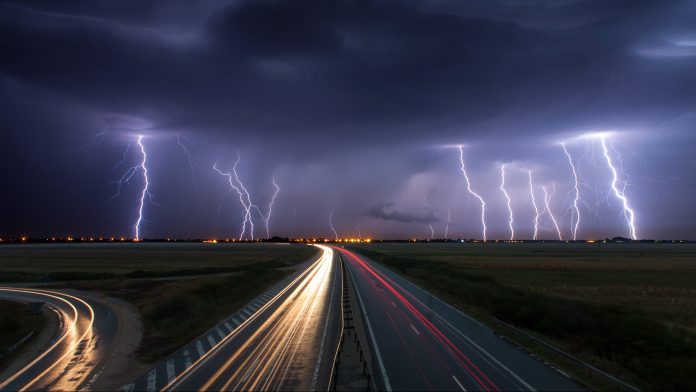 The stock market has tumbled since Labor Day, but automakers are bucking the bearish trend.

General Motors (GM) and Ford Motor (F) have gained 20 percent since the end of August, while Tesla (TSLA) is up 10 percent. In contrast, the broader S&P 500 has lost almost 4 percent of its value over the same period.

A combination of pent-up demand, strong production and business transformation seem to be taking place. The move is also taking place at the same time major technology stocks like Apple (AAPL) and Facebook (FB) struggle, which may suggest investors are selling previous leaders in favor of a new potential opportunity.

TSLA is a major part of the story. Elon Musk’s company delivered 8,300 more cars than expected in the third quarter. It also boosted Chinese sales by almost 27 percent last month. That helped its shares close yesterday at their highest level since February 12.

While TSLA has been busy making cars, GM and F have been busy remaking themselves. F took key steps in September by hiring product and technology executives to help drive innovation. It also started producing electric F-150 pickup trucks.

GM followed this month when CEO Mary Barra outlined a plan to double sales by 2030. Her strategy is to reinvest profits from legacy gas-guzzlers into electric cars, software and self-driving Cruise vehicles.

Management seems to be following the strategy of Silicon Valley firms like AAPL. Remember that two years ago CEO Tim Cook earned higher multiples by shifting revenue from iPhones to software and services. The Rustbelt companies may be able to accomplish a similar feat because they trade at steep discounts to TSLA.

Both legacy automakers have also had smaller incremental positives that potentially make investors more comfortable about their futures.

Second, F has been rationalizing global operations. Last month, it announced plans to cease money-losing operations in India. Now The Economic Times reports it may sell its plants to Tata Motors (TTM).

Speaking of TTM, it’s up 61 percent since the beginning of last month. TTM may not be as well known to U.S. investors because it’s based in Mumbai and is just one-quarter the size of F. However it owns brands like Jaguar and Land Rover.

At least three catalysts are driving the rally in TTM. First, the company announced price increases in late September. Second, volumes in India increased 26 percent last month. Third, TTM is starting to crank out large numbers of electric vehicles under the names “Nexon” and “Tigor.”

The electric narrative took another leap when its TPG Rise Climate valued its electric business at $9.1 billion. The TPG Rise fund is associated with notables like former Treasury Secretary Hank Paulson and U2 singer Bono.

TTM’s pricing move highlights another key trend. After all, car prices have been a big story this year as investors worry about inflation. Most attention has focused on the dramatic spike in used-car prices, but new vehicles have also benefited.

For example, data from the St. Louis Federal Reserve and Bureau of Labor Statistics show that new-car prices rose 7.6 percent year-over-year in August. That was the biggest increase since December 1980.

Meanwhile, sales volumes have plunged about 30 percent because of production delays. The average age of vehicles has also reached a record 12.1 years, according to IHS Markit.

Put that all together, and you have super-tight supply, pent-up demand and strong pricing. The result could be wide profit margins as production gradually recovers from pandemic levels.

In conclusion, higher interest rates and supply-chain issues have weighed on many stocks lately. However carmakers are outside the crowded sectors like technology and have enjoyed strong pricing and business transformation. Given the supply/demand dynamic, investors may see longer-term potential in the industry. Hopefully this article helps you know some of the key trends to watch.