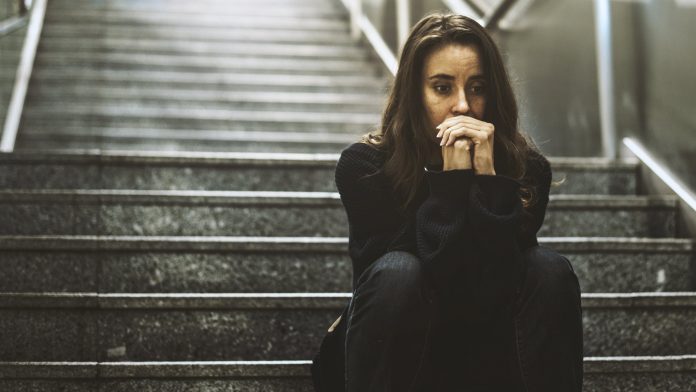 Wednesday’s Fed meeting is the big train coming down the track. Policymakers have indicated in speeches that they want to start reducing the central bank’s $120 billion of monthly bond purchases this year. They could make it official this week by predicting faster inflation in their official projection, known as the “dot plot.” The result could be a “tapering” of asset purchases by November, followed by a potential interest-rate increase next year.

Worries about the Fed and higher inflation have made buyers step back from the market. Last week, the American Association of Individual Investors found the most bearish sentiment (39 percent) since October 1. The 22 percent bullish reading was the lowest since July. A separate poll by Deutsch Bank showed that over two-thirds of investors expect a pullback of at least 5 percent this year.

While those opinions may sound bearish, extreme negativity can be a contrary indicator because it often means money managers have already taken profits. That may reduce selling pressure and increase the odds of capital rushing back to the market once fears ease.

Anticipating the turn may also be difficult because there are few likely positive catalysts until earnings season starts in mid-October.

China is another concern. The Asian country’s No. 2 developer, Evergrande, is reportedly at risk of defaulting on more than $300 billion of debt. There’s also been a resurgence of coronavirus Fujian Province north of Hong Kong. Those drags could hurt overall economic growth and have already weighed on commodities like metals.

Even with those anxieties, the U.S. economy showed signs of improvement last week. Retail sales unexpectedly rose as shoppers bought furniture, clothing and general merchandise. The number probably would have been even higher if semiconductor shortages hadn’t slowed auto sales. Industrial reports from the New York and Philadelphia Feds also suggested bottlenecks may be easing. That could be good news for people worried that shortages would cause rampant inflation.

Energy was the best-performing sector last week as traders focused on tight inventories of crude oil and natural gas. Solar energy stocks gained as lawmakers worked on an infrastructure bill that could include support for renewable energy. Retailers also bounced.

Most corners of the market, however, slid. Metals and Chinese stocks led the selling amid worries about Evergrande.

The S&P 500 is down so far in September, but had risen for seven consecutive months. Prices have squeezed into a potentially bearish rising wedge pattern, which could make some traders expect a sharper drop if they break to the downside.

The index also spent all of last week near its 50-day moving average and closed below it on Friday. While prices have held the line several times in 2021, previous bounces occurred more quickly. The current heaviness may suggest buyers aren’t willing to step in yet.

Aside from the Fed, this week features lots of housing data and a handful of quarterly reports.

Wednesday brings the Fed meeting. The official statement is due at 2 p.m. ET, followed 30 minutes later by Jerome Powell’s press conference. Crude oil inventories and existing home sales are due earlier in the session.