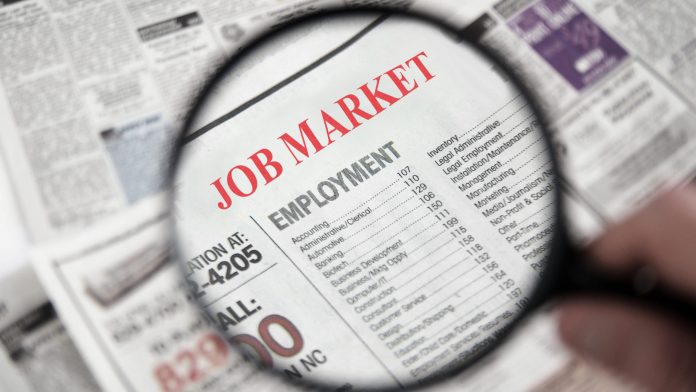 The Federal Reserve could take a key step toward a pre-Covid reality at their meeting today. However, implementing the change will probably depend on the job market in coming months.

The central bank has been purchasing $80 billion of Treasury bonds and $40 billion of mortgage debt a month since early in the pandemic. It’s been a crucial bandage for the market, protecting the flow of credit at a time of massive uncertainty. Asset purchases are also important because the Fed will reduce, or “taper,” them before the big step: hiking interest rates.

Policymakers haven’t yet included a timeline for tapering in their official meetings. However they’ve guided in that direction since a key speech by Vice Chair Richard Clarida on August 4. Others made similar comments in speeches throughout August. Meeting minutes released on August 18 and Chairman Jerome Powell’s Jackson Hole address on August 27 drove the point further home.

The European Central Bank also announced its own tapering on September 9, making it easier for the Fed to make a similar announcement.

So the big question for today is: How will the Fed signal its tapering plans?

Before discussing how the Fed will move toward tapering, let’s consider the real issue: jobs.

Jerome Powell said on August 27 that “we have much ground to cover to reach maximum employment.” A week later the Labor Department reported that the economy added just 235,000 jobs. It was less than half the forecast amount and the lowest reading since January.

Given the lackluster pace of hiring, many economists think the Fed will take a “data-dependent” approach. They may use further payroll reports as litmus tests for job growth before tapering asset purchases. However the calendar presents some challenges because there’s only one payroll report number before the November 5 Fed announcement. (September is due on October 8.)

That could make December 16 the likely date for tapering because by then officials will also have the numbers for October (due November 5) and November (due December 3).

At this point, it’s not even clear the Fed will signal tapering in its statement at 2 p.m. ET. Given August’s poor job growth (which came after the hawkish speeches), policymakers could simply punt the issue for another meeting. That would still give them time to signal a change in November and implement it in December.

Then there’s the “Dot Plot,” a cheat sheet for anticipating the next rate hike. This is part of the Fed’s quarterly Summary of Economic Projections.

As you can see from the last Dot Plot in June, all 18 policymakers believed interest rates would remain in the 0-0.25 percent range during 2021. You can also see that seven officials expected higher rates in 2022. That minority isn’t enough to swing the vote in favor of hikes next year. As a result, attention will focus on how many dots will exit the bottom row. Two moving up would translate into a 9-9 split, while three would result in a 10-8 majority.

Given that asset purchases need to end before rate hikes, an especially hawkish the Dot Plot could make economists expect tapering sooner rather than later.

Aside from job growth, two other catalysts may impact the market before the Fed announces tapering.

First, China’s struggling as property developer Evergrande staggers toward a default. Even if officials manage to prevent a crisis, it will hurt the country’s leveraged real-estate market. That could drag property values lower and hurt construction. Commodities used in building, like iron and copper, could fall and the global economy could slow.

Lower inflation and weaker foreign currencies could be the result. That, in turn, could make the Fed less willing to raise interest rates.

Second, politics are heating up in Washington. Democrats have planned a $3.5 trillion spending package using reconciliation, which lets them push it through without Republican support. A second $550 billion infrastructure plan was expected to pass along more conventional lines, although the process has grown increasingly complicated. Everything could now come down to a floor on September 27 or 28.

Another potential risk is the debt ceiling, which Congress must raise by early October to keep the government running. There’s a long history of politicking around this vote and most observers think it will pass. However, it could trigger volatility in the days after the Fed meeting.

Uncertainty on the Rise

In conclusion, we’ve entered a time of increased uncertainty. Suddenly there’s much less stock market news, but several catalysts from the Fed, Capitol Hill and China. This is different from the last 10 months, when investors could focus on the market with support from the Fed.

This period could last until earnings season begins in about four weeks. It could be similar to the trade tensions with Beijing two years ago, or the anxiety before the November 3, 2021, presidential election. Both of those moments saw high levels of negativity and before buyers returned to send prices to new highs. Investors may want to take a step back to see the bigger picture and let some of the uncertainty pass before making big decisions.

The Economy Is Showing Signs of a Rebound, With More Help...