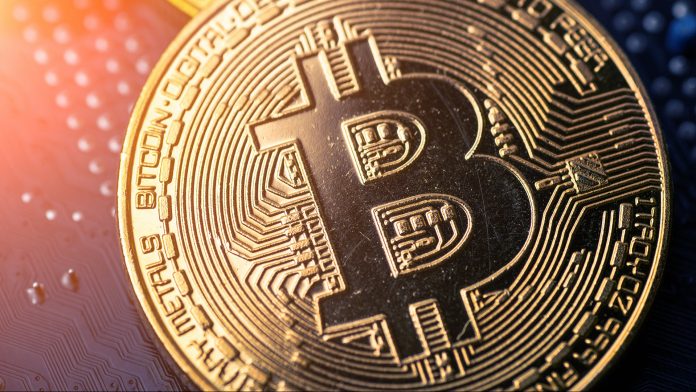 Bitcoin flew back above $55,000 today on renewed hopes of the digital asset becoming a mainstream store of value.

No single event triggered the move. But recent stories suggest the cryptocurrency is on its way to broader adoption.

The first big news was last Friday. Brazilian politician Aureo Ribeiro said lawmakers will soon consider making Bitcoin legal tender. That would follow a similar move by El Salvador, but on a much larger scale because Brazil has 30 times more people. It’s also the sixth-most populous country in the world, and Latin America’s biggest economy.

Additional news hit yesterday. U.S. Bancorp (USB), the fifth-largest U.S. bank, launched a cryptocurrency custody service for institutional investors. It will start with Bitcoin and expand to other coins “soon,” the statement said.

“Investor interest in cryptocurrency and demand from our fund services clients have grown strongly,” USB executive Gunjan Kedia said. He added that the firm “accelerated” its crypto custody efforts and “has made it a priority.”

Next you have Soros Capital Management, which has navigated countless trends since its founding in 1970 by legendary investor George Soros. Dawn Fitzpatrick, who serves as both Chief Executive and Chief Investment Officer, revealed to Bloomberg that her fund owns “some coins.” She added that Bitcoin has moved beyond being a mere inflation hedge and has “crossed the chasm to mainstream.”

On October 3, analyst Will Clemente tweeted that “long-term holder supply shock has reached all-time highs.” He suggested that could result in “major price appreciation over the coming months.”

Two days later, Jan & Yann of Glassnode observed that long-term holders have amassed 2.35 million Bitcoins since March. That’s 13 times more than the number of new coins that were created by mining in the same period.

Speaking of accumulation by professional investors, some participants expect a Bitcoin exchange-traded fund soon. While other countries including Canada have Bitcoin-backed ETFs, the U.S. Securities and Exchange Commission hasn’t allowed one yet.

The agency has resisted an ETF with actual Bitcoin. But some crypto watchers think it could allow a fund holding CME’s Bitcoin futures. That speculation has pushed up the price of futures, according to Skew. In data provided to Coindesk today, the research firm noticed that @BTC’s annualized premium above BTC was almost 13 percent. It was slightly below the spot price just a week ago.

Consider two other things about Wednesday’s rally. First, Bitcoin moved after ADP’s private-sector payrolls report. This kind of price action is consistent with institutional investors, who often wait for key economic events to pass before buying. They also tend to focus on times with more liquidity, like shortly before the stock market’s open.

Second, Bitcoin’s bounced after clearing a downward-sloping trend line that began in April. Some chart watchers may consider that evidence that almost six months of bearishness have come to an end.

In conclusion, crypto investors have focused on the potential for widening adoption since 2020. Enthusiasm about the asset class drove prices to record highs early this year. A period of digestion and uncertainty followed. Now Bitcoin may be starting to move again as the longer-term narrative seems play out.