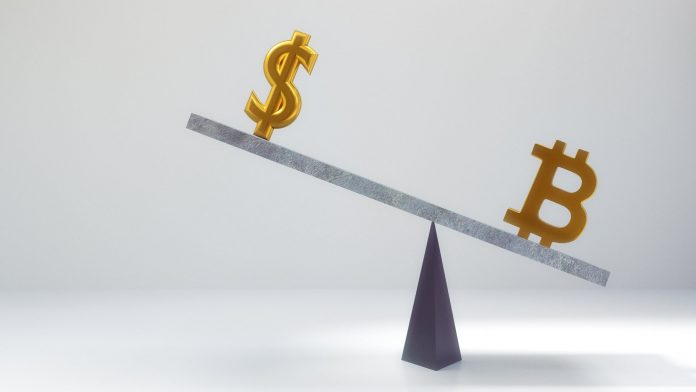 Bitcoin has pulled back following a sharp rally. It’s a good time to consider the cryptocurrency’s pros and cons as it gains prominence in financial markets.

This story will consider potential benefits and risks of Bitcoin, which was launched in 2009 and last month reached a $1 trillion valuation.

Limited supply is one of Bitcoin’s most important features. Creator Satoshi Nakamoto wrote the code to ensure that only 21 million Bitcoin can ever exist. Its underlying blockchain accomplishes this by reducing the amount of new supply in “halving events” every few years.

Limited supply ensures scarcity value. That distinguishes Bitcoin from the U.S. dollar, whose supply has risen more than 25 percent in the last year. Even rare metals like gold and silver have growing supplies because of mining.

Scarcity can help preserve value at a time of rising prices and lower purchasing power. For example, key commodities like oil and copper are up 36 percent since November. Home prices spiked 10 percent in December and producer price inflation rose at the fastest pace since at least 2009.

The “Stock to Flow” model is a popular tool for estimating Bitcoin’s value. It originally predicted a $55,000 price, which was recently achieved. An update to the calculation 10 months ago raised the target to $288,000.

While Bitcoin has managed to outperform stocks over the long term, it comes at the cost of high volatility. Bitcoin’s historical volatility in the last month is over 90 percent, meaning its pace of movement implies a rise or fall of 90 percent over a full year. (Remember, volatility isn’t a prediction, but a measure of how sharply prices tend to fluctuate.)

In contrast, Tesla’s historical volatility is around 50 percent. The S&P 500’s is under 20 percent.

The table at the right compares Bitcoin’s volatility with other popular investments.

One of the main differences between the current cryptocurrency rally and 2017 is the entrance of major institutional investors.

Previously, Bitcoin was mostly the domain of individual enthusiasts. Now, traditional asset managers like Blackrock (BLK) and Miller Value Partners have been buying. Firms like Microstrategy (MSTR) and Galaxy Digital have also helped corporations invest some of their cash on hand in Bitcoin as a store of value.

Here are some key milestones on the road toward mainstream adoption:

Bitcoin was the first successful cryptocurrency and remains the largest. However, it has potential competition from other digital assets.

Ethereum, the No. 2 crypto, differs because it’s essentially a network for financial transactions. It’s in currently in the midst of a major upgrade that will lower costs and increase speed. The change could also limit new Ethereum supply.

Other cryptocurrencies include Litecoin, Bitcoin Cash, Cardano and Polkdadot.

Pro of Bitcoin: Round the Clock Trading

Cryptocurrencies like Bitcoin trade never stop trading. Investors can buy and sell them all night long, during weekends and major holidays. This is a major difference from traditional assets like stocks, commodities and futures. Even currency markets shut down between Friday night and Sunday night.

One of the most exciting things about Bitcoin is its newness and innovation. However this may be a potential drawback because cryptocurrencies have less regulation fewer safeguards.

Equity markets have existed for centuries and have been thoroughly regulated since the 1930s. Banks, insurance companies and other financial institutions have also developed procedures and rules over dozens of years and jurisdictions.

Being less established doesn’t make Bitcoin riskier. After all, years of history and regulation didn’t prevent the 2008 financial crisis and traditional companies still have accounting problems at times. All investments have risk.