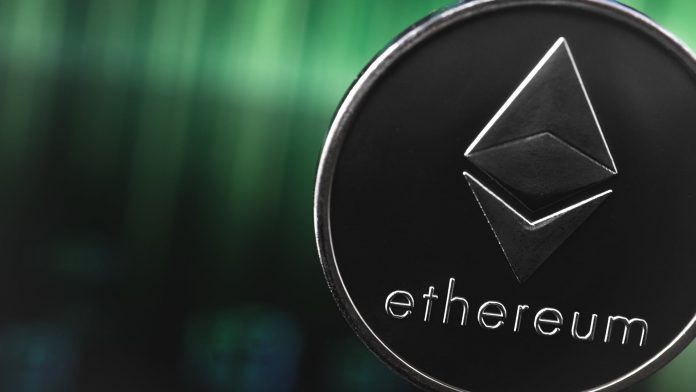 ETHUSD, the second biggest cryptocurrency by market cap, passed $1,500 for the first time on Tuesday. Unlike larger peer Bitcoin (BTCUSD), which broke its 2017 records last December, ETHUSD had challenged old peaks without closing above them. That is, until yesterday.

The price surge comes with CME’s Ethereum futures set to begin trading Sunday evening. They will be the exchange’s second crypto-based futures product, following the launch of Bitcoin contracts three years ago.

Two other products this month will also give investors access to Ethereum. Grayscale announced on Monday it would reopen its Ethereum Trust (ETHE) to accredited investors. Galaxy Digital also plans to launch an Ethereum-based fund for institutional investors in mid-February.

Why Is Ethereum Going Up?

Over $28 billion of value was locked up in the DeFi market yesterday, according to DeFi Pulse. It’s increased 82 percent since the end of 2020.

Ethereum is also in the process of a major upgrade that will change its mining system from “proof of work” (PoW) to “proof of stake” (PoS). The new rules will pay validators based on the number of coins they own, rather than speed of calculating blocks. That structure is considered faster than PoW, which is used by Bitcoin.

Ethereum 2.0 will also use the computing technique “sharding” that breaks up work into smaller parallel pieces, helping to increase its speed over 5,000-fold. The result is expected to be a fast, reliable, anonymous transaction system. Participants will pay in fractions of Ether known as “wei” (one-billionth of a coin).

Other changes that could be implemented soon are BASEFEE and so-called “fee burning.” Introduced under EIP-1559 (Ethereum Improvement Proposal), these new standards would calculate a base level for fees and make Ethereum the sole cryptocurrency for payments. Proponents say it would make transaction fees more predictable (potentially encouraging use), while also reducing new supply. Both forces could be positive for Ethereum.

In conclusion, the world of cryptocurrencies continues to advance as more investors gain access to digital assets. Bitcoin was in the spotlight when it gained wider acceptance and broke out last year. Now attention may be shifting to Ethereum.