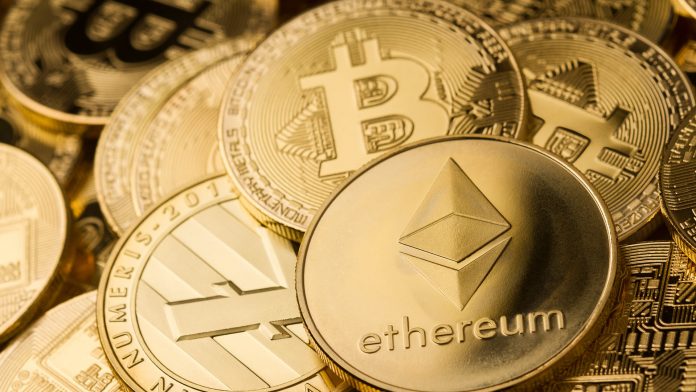 Several big things just happened with cryptocurrencies, and they all seem bullish.

Bitcoin (BTC) closed above $10,000 for the first time since September. Ethereum (ETH) also ripped through resistance around $224. Meanwhile, Google search data show interest in the market almost doubling this year to a six-month high.

“Every major central bank is currently taking a deep look” at cryptocurrencies, Federal Reserve Chairman Jerome Powell told Congress yesterday. “We’re working hard on it, and we have a lot of projects going on right now.”

While those comments lit a fire under BTCUSD halfway through the morning, other stories have also boosted sentiment. Last Friday, for example, the German newspaper Handelsblatt reported 40 ordinary banks are seeking regulatory approval to provide cryptocurrency services.

IOV Labs also released a new “interoperability bridge” letting users transact in BTC and ETH at the same time. Developers see this as a step toward a functional crypto-based financial system.

Bitcoin Halving on the Horizon

These stories come when investors are already anticipating major events for the two largest cryptocurrencies.

BTC, the biggest crypto, has its “halving” in May. That will reduce the supply of new tokens — a scarcity mechanism established by its mythical creator, Satoshi Nakamoto. The previous two halvings in November 2012 and July 2016 lifted prices.

Second, ETH’s developers plan to release a major upgrade called Ethereum 2.0. That could make it faster and more efficient for its intended use as a decentralized financial platform. July is the expected timeframe.

Finally, “altcoins” like ETH and Bitcoin Cash (BCH) are rising faster than market leader BTC. It’s pushed BTC’s “dominance” to the lowest since last summer. The recent shift is also reminiscent of early 2017 when cryptocurrencies began a significant run higher. It’s essentially like breadth in the stock market, when investors widen their buying from a few large companies to smaller names.

In conclusion, money is trickling back to blockchain assets as price action, news reports and coming events give the market reasons for hope.

A Look Behind the Calm in Cryptos