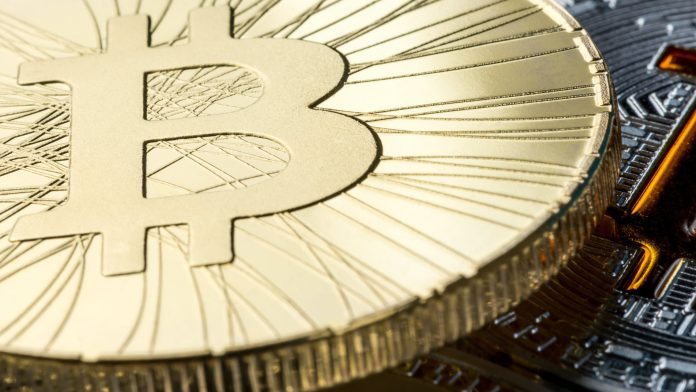 Cryptocurrencies passed the trillion-dollar mark for the first time yesterday, thanks to Bitcoin’s blistering run.

Coinmarketcap.com showed the crypto market’s total valuation climbing into 13 digits at about at 5:25 p.m. ET. That’s up about 31 percent since the end of 2020. Bitcoin accounted for almost two-thirds of the increase.

The leap compares with a fractional decline in the S&P 500 so far this year. It also pushes the crypto market into small club with Apple (AAPL), Microsoft (MSFT), Amazon.com (AMZN) and Alphabet (GOOGL), which are also worth more than $1 trillion. Still, cryptos remain about one-tenth the size of the $10 trillion gold market.

The rally follows a steady drum beat of institutional adoption as mainstream firms build positions. Bill Miller was the latest to jump on the bandwagon this week. The legendary value investor declared in his quarterly letter that if “more companies decide to diversify some small portion of their cash balances into bitcoin instead of cash, then the current relative trickle into bitcoin would become a torrent.”

There have also been two other headlines telling a similar story:

There’s one last difference this time around versus before: the U.S. dollar.

Bitcoin launched in January 2009, around the same time the greenback bottomed. That means the entire rally of 2011-2018 happened against the backdrop of a strong dollar. But now the dollar is crumbling, which could make Bitcoin even more attractive as a store of value.