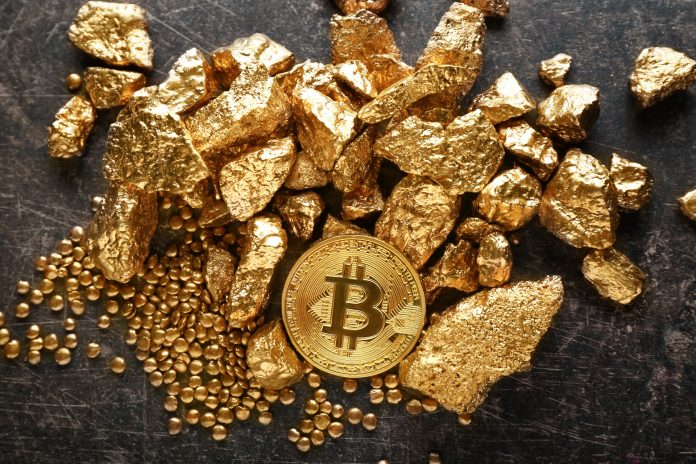 Bitcoin is having its worst week in over three months. Is it a bargain? Let’s review a common valuation model for perspective — the “stock to flow” model.

The Stock-to-Flow model attempts to value BTC in a way similar to other scarce assets like gold and silver. Its basic concept is that widely produced commodities like oil, wheat and copper aren’t good stores of value because new supply is always coming online. But only small amounts of new BTC, gold and silver are regularly introduced. This theoretically makes their value more stable.

Also known as “S2F”, the model quantifies scarcity by taking the total global supply of a commodity and dividing it be annual production. A higher value means that less new supply is entering the market. That translates into more scarcity and less inflation.

An unnamed Dutch investor using the moniker PlanB released the initial S2F model in on the website Medium in March 2019. It’s gained widespread following as a paradigm for valuing BTC, which has appreciated more than 300 million percent from its launch in January 2009.

The cryptocurrency’s S2F is now about 56 times. Approximately 18.5 million BTC currently exist, and roughly 900 new coins are created each day. That translates into about 328,500 per year.

The S2F model then looks at historical values of BTC and projects where it might go over time. This brings us to the most important part of the model: limited supply.

BTC’s claim to fame is that only 21 million coins can ever exist. This is totally different from fiat currency created by central banks. It’s somewhat different from precious metals because gold and silver production can increase over time. (Mining is relatively stable but not fixed.)

Satoshi Nakamoto designed Bitcoin to ensure that new supply will shrink over time. Every 210,000 blocks, or about four years, the reward issued to miners get cut in half. The last of these so-called “halving events” was in May.

As a result, the “flow” portion (denominator) in the S2F model gets smaller. That increases the S2F ratio, making BTC more scarce as time goes on.

Based on historical prices, the S2F model originally estimated BTC’s total value “should be” about $1 trillion. That would translate into more about $55,000 per coin — about 5 times its current value. PlanB updated the model on April 27, 2020, to include more calculations based on gold and silver. He or she then raised their price forecast more than fivefold to over $288,000.

Bitcoin and Stock to Flow

Due to the limited historical record of cryptocurrencies like BTC, we’re not able to assess the effectiveness of PlanB’s Stock to Flow model. And, none of this article should be viewed as a recommendation of any kind. We simply wanted to outline a key concept being used for the world’s biggest cryptocurrency at a time when more investors are considering blockchain assets.

Why Do Stocks Move? Check Out These 7 Catalysts That Drive Price Action in the Market