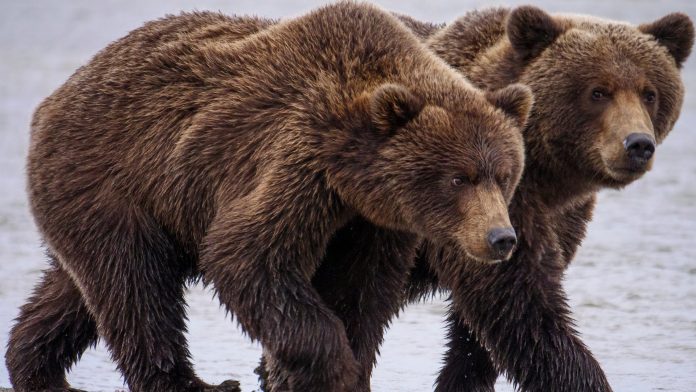 The S&P 500 dropped 1.6 percent between Friday, February 11 and Friday, February 18. It was the second straight negative week, dragging markets deeper into the red for February. The Dow Jones Industrial Average and Nasdaq-100 also shed more than 1 percent.

While inflation and the Federal Reserve have worried investors all year, they now face additional risks in Ukraine. The situation could be especially difficult because sanctions against Russia threaten to worsen inflation by driving up energy prices.

Other economic numbers weakened. Initial jobless claims, for example, unexpectedly jumped to their highest level in a month. Fast-moving surveys from the New York and Philadelphia Fed also missed estimates.

Sellers hit most parts of the market last week, with about two-thirds of the S&P 500’s members declining.

Software companies were some of the biggest decliners as selling continued in high-multiple growth names. Biotechnology and e-commerce followed a similar trajectory.

Energy was the worst-performing sector overall, but had been rallying along with crude-oil this year. Traders may remain focused on energy this week as western nations consider sanctioning Russia.

Gold miners jumped more than 6 percent for the second straight week. Investors often view precious metals as both a hedge against inflation and a safe-haven at times of political uncertainty. Airlines also rose amid hopes of travel recovering.

Kraft Heinz (KHC) was was the biggest gainer in the S&P 500 last week. The consumer-products giant beat estimates by raising prices — a sign that inflation isn’t bad for everyone. Lithium producer Albemarle (ALB) led to the downside after warning that higher costs would squeeze profits — a reminder that inflation is still bad for many firms.

The S&P 500 ended last week back below its 200-day moving average, at its second-lowest closing price since early October. The decline followed the break of the bearish-flag pattern cited last week.

Bank of America technical analyst Stephen Suttmeier noted on February 16 that that the index may now face a so-called head-and-shoulders pattern. He added it could result in another 10-13 percent of downside.

Other macro conditions are potentially negative. Junk-bond spreads, which reflect sentiment toward riskier companies, rose to their highest levels in a year. Separately, JPMorgan Chase’s Khuram Chaudhry noted that Wall Street analysts have responded to the hawkish Fed by raising profit forecasts at a much slower pace. The situation was “very quickly nearing net EPS downgrade territory,” according to his quote in a Bloomberg article.

Geopolitics will probably remain a big focus this week as investors watch for more news on Ukraine. It also has more economic data and quarterly earnings reports.

Friday brings January’s personal consumption expenditures (PCE) deflator — an important inflation gauge for the Fed. The number is included in the personal income and spending report. Durable-goods orders are also due.

Digital World Acquisition (DWAC) is another company that may be active this week. The SPAC is affiliated with former President Trump’s Truth Social, which launched to strong demand on the Apple App Store.

Are Bulls An Endangered Species? Buyers Go on Strike as Inflation...