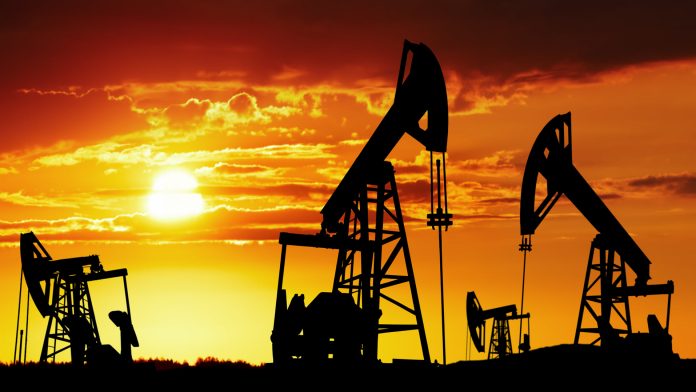 Oil and gas stocks are crushing the market this year, and no other sector even comes close.

The SDPR Energy Fund (XLE) has advanced 17.7 percent since the end of December. It’s the only major sector fund in the green, flying past the S&P 500’s 8.6 percent decline. That 26 percentage point difference is the biggest in the fund’s 23 years of history, according to TradeStation data.

Macro changes and investor rotation seem to be at play.

First is the broad sense of the coronavirus pandemic winding down. As Anthony Fauci said on Sunday, infections “look like they’re going in the right direction right now.” That echoed Centers for Disease Control and Prevention Director Rochelle Walensky, who spoke of an “optimistic trend” last Friday.

Energy use may grow if those trends continue and the global economy returns to normal. Worldwide production is still slightly below pre-pandemic levels, according to the Energy Department. However demand is expected to increase sharply this year and closely match supply. Before the pandemic, production routinely exceeded consumption.

Another report from the Energy Department show U.S. inventories dipping to 1.78 billion last week. That’s the lowest since November 2014, and is down 10 percent in the past year.

Those are macro drivers of energy, based on broader economic and market forces. There also seems to be investor rotation, when money managers make long-term portfolio shifts between sectors.

Large-cap growth and technology stocks like Amazon.com (AAPL), Facebook (FB), Microsoft (MSFT) and Nvidia (NVDA) have dominated the markets for several years. But Goldman Sachs noted on January 6 that hedge funds sold record amounts of technology stocks in late 2021 and early 2022. At the exact same time those stocks slid, the XLE jumped to new multiyear highs. That may reflect investor rotation — especially because it occurred around the start of a new year.

Valuations could be another potential appeal of energy stocks. XLE’s members trade for less than 17 times earnings, according to ETFdb.com. That’s less than the S&P 500’s ratio of 22 times, and the SPDR Technology ETF’s (XLK) ratio of 27 times.

Investors may want to pay more attention to energy, given its relative strength and some of the economic trends cited above. There are a few things to know about.

First, weekly inventory reports from the Energy Department are the main data point to watch. They’re due every Wednesday at 10:30 a.m. ET, including today.

Second, OPEC can have an impact. Its next meeting is on Wednesday, February 2. News reports often appear before the event because participants sometimes leak the outcome.

Third, many energy stocks are actively traded. The table below includes some of the busiest names. As usual, we focus on symbols with the highest average options volumes because they may offer greater liquidity for active traders.

Standardized Performances for ETFs mentioned above