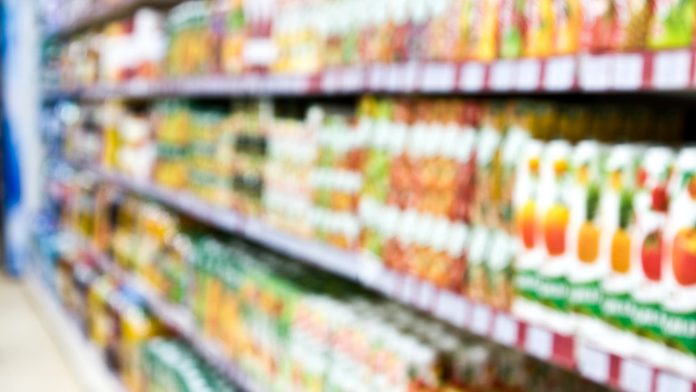 It’s the best of times and worst of times for consumer stocks, thanks to the fastest inflation in 40 years.

Companies like Kraft Heinz (KHC), Tyson Foods (TSN) and Kellogg (K) have advanced in the last two weeks. In the process they’ve bucked a selloff in the broader market. Another group of stocks, including Home Depot (HD), Under Armour (UAA), and Target (TGT), have declined at the same time.

Inflation seems to be a major reason for the divergence. The first set has managed to raise prices, while higher costs are squeezing the second cohort.

Then you have HD. “Broader uncertainty remains with respect to the impact of inflation, supply chain dynamics and how consumer spending will evolve through the year,” Chief Financial Officer Richard McPhail said on a conference call. Sellers hammered the stock 9 percent as he spoke, its sharpest selloff in almost two years.

UAA also tumbled on supply-chain issues, which will reduce per-share earnings to just $0.02-$0.03 in the current quarter. That was less than one-quarter the expected amount. The sporting-goods retailer added that it’s struggling with higher freight costs.

TGT doesn’t announce results until Tuesday, March 1. While the retailer has issued little guidance, analysts at firms including Evercore ISI have predicted weaker margins. It’s also noteworthy that CEO Brian Cornell pledged last year not to pass prices increases along to customers. Investors have responded sending the shares down more than 25 percent from last year’s high.

Shoplifting has emerged as another cost pressure, especially for Best Buy (BBY).

A few conclusions arise from this survey of impact of inflation on consumer stocks. First, consumer “staples” are faring better. These companies provide essential, or non-discretionary products like food. Their supply chains are shorter and mostly domestic.

Consumer “discretionaries,” on the other hand, often import clothing and electronics from global suppliers.

Second, the economic picture may to favor consumer staples because the Federal Reserve plans to raise interest rates next month. That often makes investors worry that people will spend less on discretionary items like clothing, electronics and appliances.

Other companies like automakers face the similar double-whammy of supply-chain shortages and a potential economic slowdown. Housing-related stocks, including HD and homebuilders, are also sensitive to higher interest rates. All of those are also consumer discretionaries.

Amazon May Face an Uphill Struggle as 2022 Begins: Chart of...