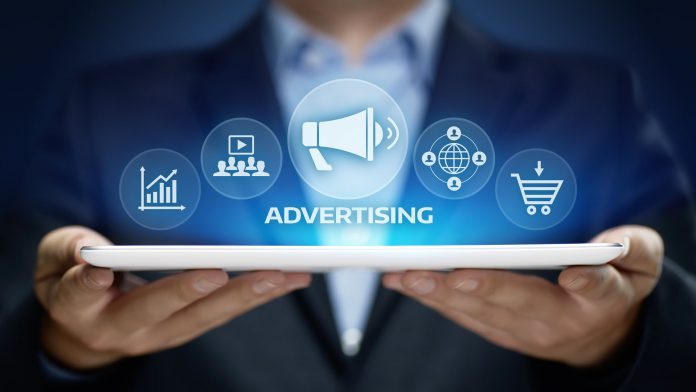 Apple had an amazing quarter, but investors seem more interested in the advertising growth at Alphabet and Facebook.

All three of the Nasdaq giants reported better-than-expected earnings this week, but their stocks moved in different directions. AAPL tried to rally and failed, while GOOGL and FB broke out to new highs. The reason could have more to do with the economy than the results.

As the U.S. surges back from coronavirus, gross domestic product is growing at its fastest pace since 2003. Industrial indicators are at record levels. Consumer spending is coming back quickly as major cities like New York prepare to reopen fully. Forecasters see that adding 1-2 million jobs in April. GDP could be back to pre-pandemic levels by June.

CEO Mark Zuckerberg also outlined a future for the company after AAPL changed privacy policies to restrict tracking users. Simply put, his goal is to become more of an e-commerce player. FB will invest further in services like Shops, Marketplaces and business messaging. The company also wants to develop its Virtual Reality and Creator businesses.

If executed correctly, that could let the social network wring more revenue and value out of its existing user base — the size of China and India combined. The news pushed FB’s market capitalization to $936 billion. Will it become the fourth U.S. stock to cross the $1 trillion mark?

Alphabet had a similar quarter. It also benefited from the strong macro environment and demand for online ads.

GOOGL’s earnings were about 65 percent higher than forecast as profit margins ballooned. Revenue also surprised to the upside thanks to Adwords and Search spending by businesses.

But the really big jump was in YouTube, which grew revenue by 49 percent. The streaming-video platform, already the world’s No. 2 website, has only recent started focusing on maximizing its value as a business. Its new focus, combined with the strong ad cycle, has lifted GOOGL 39 percent this year. That ranks it among the top five members of the Nasdaq-100.

A Top for Apple?

One issue is the shortage of semiconductors will slow production and remove $3-4 billion of revenue in the current quarter. But a bigger concern is that strong growth in the fourth quarter will make growth more difficult in coming months.

The other issue is AAPL’s relative lack of cyclical exposure. This puts it at a disadvantage relative to FB and GOOGL at a time of rapid economic growth.

Tesla’s (TSLA) earnings were much weaker. The electric-car giant beat estimates when you include gains from trading Bitcoin. Otherwise, it would have missed.

The electric-car maker dropped after the results. CEO Elon Musk failed to provide much new excitement beyond reiterating guidance for 50 percent growth over the long term. Some other issues seem to be plaguing TSLA.

First is its huge capitalization relative to peers. Some analysts worry it will struggle to maintain valuation premiums as rivals sell more electric vehicles.

Parts and components are another problem because many suppliers are still struggling to catch up after coronavirus disrupted production.

Ford Motor (F) took a bigger hit. It plunged 9 percent yesterday after management predicted semiconductor shortages will cut production in half this quarter. Investors ignored blow-out results in the past quarter.

Another company that fell on supply constraints was Enphase Energy (ENPH). The solar stock, which rose 553 percent last year, guided second-quarter revenue below consensus and warned margins will narrow.

EBay (EBAY) is another e-commerce company that benefited from the pandemic and is now slowing down. Backward-looking earnings and revenue beat. Forward-looking missed. The result? EBAY had its worst drop in almost three years.

Ditto for ServiceNow (NOW), one of the champions of cloud-migration and the digital economy. NOW also had strong earnings, but weak guidance on bookings.

Even Microsoft (MSFT) fell in a similar trend. Almost all of its numbers beat — earnings, revenue and guidance. The only blemish was inline results for its Azure cloud-computing platform.

However, the bigger issue seems to be investors’ macro shift toward cyclical companies offering exposure to the stronger economy. MSFT comes up short on that front.

One of those companies is Visa (V), which benefits from increased spending and travel. Not only did earnings and revenue beat estimates. Payment volumes were 4 percent higher than forecast as in-person transactions returned to growth. The next big driver could be a rebound in lucrative international transactions.

Mastercard (MA) had a similarly strong quarter. Both credit-card giants are breaking out to new highs.

Western Digital (WDC) is another member of the technology index that offers exposure to the strong economy. The provider of data-storage and memory chips jumped to a new 2-1/2 year high after crushing estimates and issuing strong guidance.

One of the biggest gainers this week was United Parcel Service (UPS), which jumped 10 percent to a new all-time high. The once-boring shipping company continued its transformation under CEO Carol Tome, who’s focusing on more profitable smaller customers. The result has been a tripling of margins and a surge in the shares no one could have imagined before she took the helm.

Earnings were 60 percent greater than expected. Revenue beat by about 10 percent.

Finally, e-commerce giant Amazon.com (AMZN) issued its numbers last night. They beat across the board, including the important AWS cloud-computing business. However two other issues seem to be preventing a breakout.

One is the potential for slower growth as social distancing winds down. Second was the lack of a hoped-for stock split.

In conclusion, the busiest week of earnings season saw the biggest companies mostly surpass estimates. However investors seemed to prefer cyclical businesses that will benefit from the stronger economic growth. That’s been a positive for GOOGL, FB and UPS but a negative for AAPL, MSFT and NOW. The other issue is ongoing supply constraints — especially in the semiconductor market.