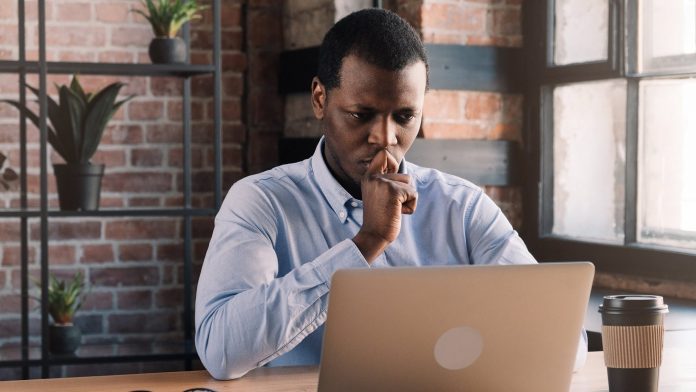 This post is part of a series about the catalysts for stock movements. It’s based on a series of talks at TradeStation’s Master Class learning sessions.

Business changes over time, and companies need to keep up. This process creates opportunities for investors able to identify a stock undergoing a major evolutionary leap forward.

Business transformation is the sixth of our seven major catalysts for price movement in the stock market. It occurs when a company transitions from an old, weakening model to a new model better suited to the present time. The process often results from changes in technology, but can also involve adapting to more recent customer trends.

Investors recognizing these shifts early can get ahead of the curve and potentially benefit from money coming into a stock or sector. On the flip side, understanding the process in reverse can help avoid stocks becoming the next dinosaur.

The first, and most stunning, was probably Garmin (GRMN). For years, investors and analysts scoffed at the GPS provider because of the threat from smart phones. Who needs a navigation device on their dashboard when everyone has iPhones?

GRMN’s management knew this problem as well as anyone else, so began moving into new areas. Each quarter it grew a little more in fitness, dog-tracking, aviation and hiking as the legacy car-based systems waned. Suddenly it was a new company in the eyes of investors, exploding to its highest level in over a decade.

Chip maker Advanced Micro Devices (AMD) is another company that started transforming around the same time and handed investors some major profits along the way. Once focused on desktop computers, CEO Lisa Su kept pace by developing Epyc chips for data centers. That made AMD king of the cloud as arch-rival Intel (INTC) struggled to keep up.

Speaking of the cloud, a whole stable of software companies successfully transformed themselves in recent years by transitioning to the new model. Adobe (ADBE), for instance, once sold classic products like Photoshop on DVDs. A single package might cost over $1,000 and be installed just once on your computer. Then it moved users to a subscription-based service called Adobe Creative Cloud.

Other software firms have followed:

Something interesting happened along the way as these companies transformed. Investors mostly focused on the success of their new model, and ignored news related to the old business model.

This is where we can really understand and identify business transformation. You’ll notice that in earnings reports executives tend to hype areas where they’re trying to change. They’ll not only name products, but also explain why they’re exciting. That’s why I always look for the quoted statements by management in the press release.

Analysts will also talk about these same key initiatives in their reports. So it can be useful to skim these in addition to the company statements.

Most company transformation relates to technology, which isn’t a surprise because it changes so quickly. But the Darwinian process can take place in other areas, too.

Look at furniture retailer RH (RH) for example. Once known as Restoration Hardware, the company underwent a major shift toward big gallery-like stores after 2014. (In this case, it almost swam against the e-commerce tide.) It also embraced a membership model to encourage customer loyalty. That’s allowed it to carve out a profitable niche in a high-end luxury market.

McDonald’s (MCD) was even less futuristic: all-day breakfast. It’s pretty mundane but it worked wonders for getting customers back in the door.

The Cost of Falling Behind

Business transformation is important because stocks are forward-looking instruments. Investors only care about past results as an indication of where a company is going. If they think it’s going to struggle in the future, they will punish it now.

There are plenty of examples of companies that failed to adapt. Just consider retailers like Sears (SHLD). J.C. Penney (JCP) neared the abyss, but last quarter exploded higher on signs of a transformation under the leadership of Jill Soltau. Is this another turnaround play?

You can also look at Avon Products (AVP), whose products and sales model remained trapped in years gone by. Ditto household-products like Newell Brands (NWL) and Tupperware Brands (TUP).

So why is a company like Procter & Gamble (PG) hitting new highs, while NWL and TUP are heading straight south? The answer is that PG consistently reinvented and changed with the times, while the others didn’t. This highlights the importance of business transformation — or the lack of it.

Let’s conclude by considering a few more companies currently in the process of evolving to new models. Last earnings season highlighted several, in addition to GRMN and JCP.

Videogame maker Zynga (ZNGA), for instance, ran to its highest level in almost five years after new titles and a shift to mobile let management boast of quicker growth in 2019. ZNGA, once known for FarmVille, has also changed its business model with some acquisitions.

And, last but not least is Facebook (FB). The social media giant is migrating its hundreds of millions of users, along with advertisers, to its new Stories format. It’s not clear yet how successful the process is, but it’s clearly a major change.

Investors and analysts will likely judge the value of FB largely on this transformation. So, it’s worth keeping an eye out for any kind of metrics about adoption and usage. Mark Zuckerberg’s fortune hangs in the balance.

In conclusion, business transformation can be an important catalyst for stock movement. Investors looking to understand and profit from the process should look for signs of a company changing its business model. Then they should focus on management’s ability to execute the change. Technological innovation is often, but not always, the main reason for business transformation.

Looking for Support or Resistance? Fibonacci Levels Could Help