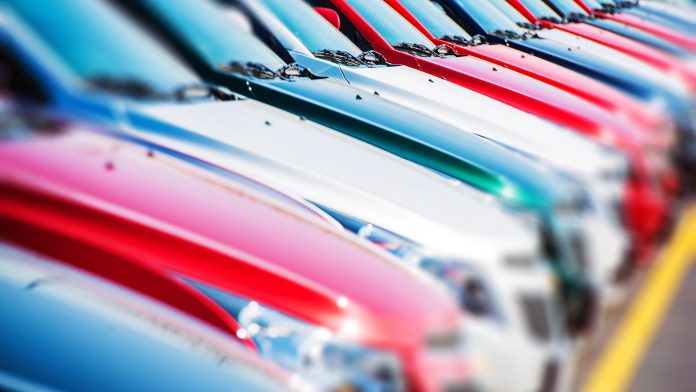 Tesla appears to be hitting resistance at $700 as sentiment pivots to legacy automakers like General Motors and Volkswagen.

TSLA down is down 16 percent in the last month. That ranks it among the 10 worst performers in the entire S&P 500 over that period. It’s also a big change from last year, when it led the index.

Is Competition a Threat?

Investors may also notice the growing number of electric vehicles coming from other companies. Today, for example, BMW unveiled its BMW i4 electric coupe. Audi has abandoned the development of internal combustion engines. Der Spiegel reported Mini will stop selling gasoline-powered cars by 2030. Hyundai offered free electricity for owners of the Ioniq and Kona models.

Volkswagen, the world’s No. 2 automaker behind Toyota Motor (TM), also held its Power Day event this week. Executives outlined plans for transitioning to electrons with cheaper and simpler power cells.

The Volkswagen event could be especially important for two reasons. First, investors loved it. The German-listed company rallied 13 percent in Frankfurt to its highest level in over a decade. It was similar to GM’s breakout after releasing new vehicles on January 12.

Second, board member Thomas Schmall said Volkswagen will use its “economies of scale.” This could be another big threat because the traditional auto industry is vast, with countless dealerships around the world. Companies like GM, F, Volkswagen, BMW and TM have the marketing and distribution to reach more customers than TSLA. The legacy companies also trade at much lower price/earnings and price/sales ratios. (See table.)

Another point is the first isn’t always best in the auto space. After all, Henry Ford ruled the industry about a century ago. But then his firm lost its edge to General Motors because Alfred Sloan did a better job at marketing. Innovative vehicles aren’t the only ingredient to success.

In conclusion, TSLA had first-mover advantage in the electric-car space. But its price action has weakened. Meanwhile, other companies are gaining momentum and starting to present competitive threats.

With Presidential Debates Tonight, Investors May Tune Into These Stocks

Sports Betting Is Back in Focus with NCAA Finals and MLB...