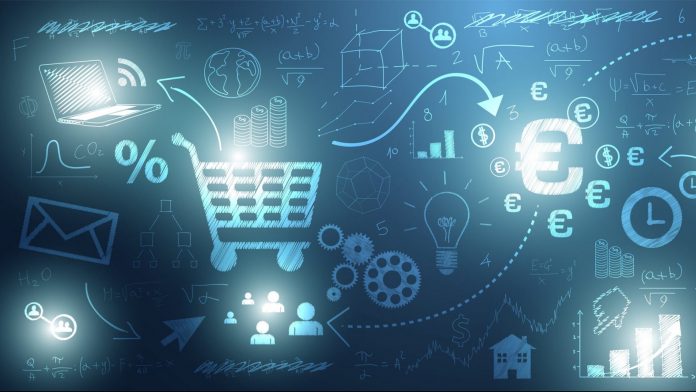 Alphabet (GOOGL) made the biggest splash, spiking more than 12 percent to new record highs. The search giant benefited from a stay-at-home boom in online advertising. But a lot more is going on.

Second are enhancements to the Search business, including Maps and artificial intelligence (AI)-powered suggestions.

Third is the Cloud division, which GOOGL just started to report more completely. The unit lost $5.6 billion in 2020 and $1.24 billion in the fourth quarter. While that disappointed some, CEO Sundar Pichai is sacrificing short-term profits to gain long-term market share. The plan is to cut deals aggressively now, then gradually improve margins in coming quarters. Investors and analysts seemed to embrace the long-term growth story.

“As with QR codes, we are seeing a meaningful halo effect on overall transactions,” CEO Dan Shulman said on the conference call. “We all know the current financial system is antiquated.”

PYPL wants to become a “super-app” for everything financial , letting users flip between payments, personal transfers and cryptocurrency investing. It received a huge boost from the pandemic and is now looking to build upon that momentum. Management will provide more updates at its analyst day next Thursday, February 11.

PYPL is worth 7 times more than eBay (EBAY) and GOOGL is worth 35 times more. They also entered the quarter with much more analyst enthusiasm. PYPL and GOOGL have 1.8 average ratings, according to Yahoo Finance. (1 is the best, 5 is the worst.) EBAY ranks 2.5, exactly between “buy” and “hold.” It also trades at much lower price/earnings (P/E) ratios than peers.

Despite that disadvantage, EBAY might have had the most impressive quarter. Earnings and revenue beat as active buyers grew 7 percent. Guidance was 17 percent above consensus. The company also benefited from advertising revenue as it uses its platform as a marketing service for sellers.

The big surprise was in used merchandise like sneakers and watches, which the company aids by providing authentication services. CEO Jamie Iannone expects more growth from buyers becoming sellers of their products. This business is potentially interesting because EBAY only acts as an intermediary without having to pay for inventory.

“This quarter, our consumer-to-consumer gross merchandising volume (GMV) outgrew our business-to-consumer GMV by sellers coming on the platform and getting activated,” he said in an interview on CNBC. “When a buyer becomes a seller they become twice as valuable.”

Like GOOGL with YouTube, Iannone’s looking to generate high-margin revenue from an already-busy website. After 25-years of playing second-fiddle on the web behind Amazon.com (AMZN), is EBAY’s model as an online flee market finally paying off?

Pinterest (PINS) is also making more money from its traffic. Average revenue per user (ARPU) spiked 29 percent overall last quarter, including a 49 percent surge domestically. The social-media company benefited from the same boom of online advertising that helped GOOGL and Facebook (FB). Analysts see potential for PINS to gain more acceptance with big advertisers and small businesses. The big question could be, will it take dollars away from FB?

Snap (SNAP), which more than doubled since its last earnings report, fell despite beating estimates.

Amazon Drifts as Bezos Steps Down

Amazon.com (AMZN) reported strong earnings this week, also benefiting from the growth of online advertising. Earnings and revenue beat estimates, but the stock did nothing. At least two issues seemed to weigh on sentiment.

Video-game maker Activision Blizzard (ATVI), another beneficiary of the pandemic, also beat estimates. Bookings surprised to the upside. ATVI shares rose above $100 for the first time ever in the premarket today.

Here are some other noteworthy stocks that jumped to new highs this week: