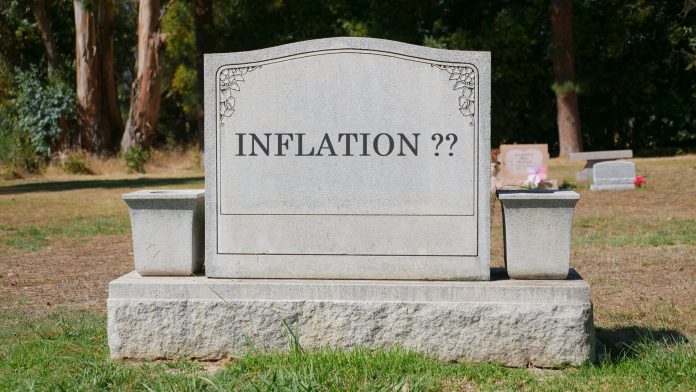 Stocks just had their longest winning streak of the year as inflation cooled and investors plowed cash back into the market.

The S&P 500 rose 3.3 percent between Friday, August 5, and Friday, August 12. It was the index’s fourth straight weekly gain, its longest consecutive advance since rising for five straight weeks in October and early November. The rally was broad, with 90 percent of the benchmark’s members climbing and every major sector showing a positive return.

The consumer price index (CPI) was unchanged in July versus June, less than the 0.2 percent increase forecast by economists. It was first month since March that inflation missed estimates. Producer prices were also below consensus. While falling energy prices were the main cause of improvement, lower transportation and used-vehicle costs suggested broader progress in the battle against inflation.

The news further melted a glacier of negativity that took shape earlier in the year as inflation soared and the Federal Reserve tightened monetary policy. The pendulum could now be swinging in the opposite direction as investors scramble for exposure to stocks and other risk assets. At least three other patterns seem to show this improvement.

First, TradeStation data showed that 461 members of the S&P 500 closed above their 50-day moving averages on Friday. It was the highest reading since April 2021.

Second, risk-on benchmarks like the Nasdaq-100 and Russell 2000 closed at their highest levels since mid April. Indexes with more conservative profiles, like the Dow Jones Industrial Average and S&P 500, are only back to their highest points since May.

A rebound in merger activity could be another sign of market conditions improving. Bloomberg reported on Friday that almost $63 billion of takeovers have been announced this month, the most since November 2021.

The S&P 500 is now above a resistance level from early June. Traders may next watch the 4300 area where the index peaked in late April and early May.

In addition to the risk-on metrics cited above, some other indicators may show widening strength. First, the Advance/Decline Line rose to its highest level since January — even with the broader index 9 percent below its price at that time. Second, the Relative Strength Index (RSI) jumped above 70 for the first time since November. While that can suggest a near-term overbought condition, it can also reflect a longer-lasting bullish turn.

Intermarket analysis, which uses other charts to assess the broader market, could provide at least two signals as well. First, the Dow Jones Transportation Average closed above its 200-day moving average while other benchmarks are still below their 200-day moving averages. (Dow Theory may consider that a potential “bullish confirmation,” despite fears of a recession.)

This week is quieter, with a handful of earnings and minutes from the last Fed meeting on Wednesday. Homebuilders could also active with several important housing reports due.

The week concludes with earnings from Deere (DE) on Friday morning.

Stocks Pause as Investors Brace for the Fed to Stay Hawkish