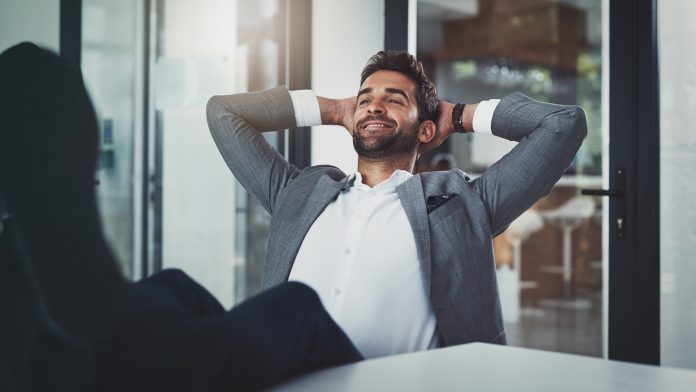 The Volatility Index ($VIX.X) declined steadily between mid-June and late July. That six-week slide was the longest negative streak since late 2019, according to TradeStation data. It’s up slightly this week but remains near its lowest levels since April.

The trends could be important because the VIX is often viewed as a contrary indicator. It spikes when stocks crash and then fades as confidence returns. The consecutive declines are especially noteworthy because similar patterns have historically been associated with calming in the broader market. Consider these examples:

The VIX has inched higher so far this week but remains near a four-month low. Still, the significant event could be the unusually steady decline noted above.

What Is the VIX?

The VIX measures the cost of options on the S&P 500 index. These typically increase during times of anxiety because investors use the index to hedge. But they lose value when the market expects less movement.

There are at least two reasons why the VIX matters to individual investors.

First is that it can serve as a contrary indicator that diverges from the broader price action. For example, the VIX can “confirm” a bearish move by making a higher high when the market makes a lower low. But just the opposite has been true recently. VIX hasn’t made a new high since January. Its its most recent peak in mid-June was also lower than May’s — despite the S&P 500 hitting a new low.

Second, VIX is used for risk management. Lower readings can give investors and hedge funds confidence owning more stocks. It also makes using leverage easier. The result can be more buying power in the market.

The Fed and Volatility

The Federal Reserve’s interest-rate increases have been the main cause of volatility year. (We know this because even Russia’s invasion of Ukraine on February 24 failed to push the VIX to new highs.)

But it’s also important to remember that traders anticipate events. Money flows a certain way before the news and then drains away after it officially happens. As the adage states, “buy the rumor, sell the news.”

In this case, the VIX knew tighter monetary policy was coming. The market “bought the rumor” by pushing up the VIX. Now that the Fed has acted, the market is starting to look past the rate hikes and anticipating a potentially calmer environment. It’s “selling the news,” by pushing down the VIX.

This could be especially important given the high levels of negativity in recent months. Surveys from the American Association of Individual Investors and the National Association of Active Investment Managers have been among their most pessimistic levels in years. BofA strategist Michael Hartnett made a similar observation on July 19, noting that institutional money managers had the most cash on the sidelines since 2001.

In conclusion, fear and negativity have dominated the stock market in 2022. But the VIX could be suggesting a change in sentiment. Combined with July’s big rally, the drop in volatility could be showing a new phase of calm in the market.

Last Earnings Season Was a Tough Act to Follow