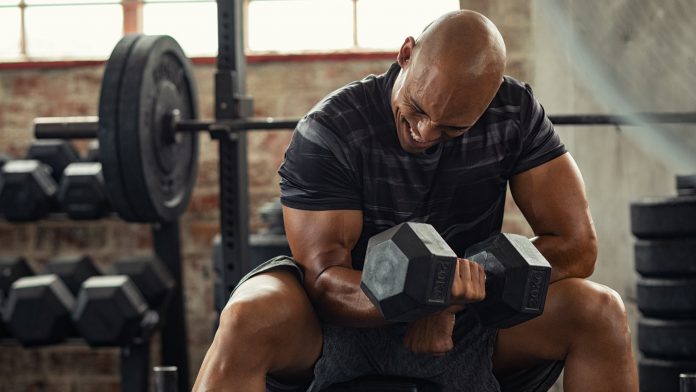 Stocks are muscling higher before one of the busiest weeks of the year, packed with key earnings and a major Federal Reserve meeting.

The S&P 500 rose 2.5 percent between Friday, July 15, and Friday July 22. The index closed at its highest level in over a month as investors rotated back to growth stocks and consumer discretionaries. Those were some of the worst-performing groups earlier in the year as central bankers prepared a string of interest-rate hikes.

And now that moment has arrived, with the Fed expected to raise by 75 basis on Wednesday. About one-third of the S&P 500’s members also announce results this week, including the four trillion-dollar companies: Apple (AAPL), Microsoft (MSFT), Alphabet (GOOGL) and Amazon.com (AMZN). Growth and inflation numbers are also due.

Consumer discretionaries rose the most last week, gaining 4.2 percentage points more than the S&P 500. It was their best relative performance against the broader market since December 2008. Tesla (TSLA) was one of the biggest movers, up 13 percent after earnings and revenue increased more than expected. The electric-vehicle giant also plans to further ramp production this year as it raises prices to offset inflation.

Despite the gains in companies that benefit from a strong economy, most of the data last week disappointed. Housing-related numbers like homebuilder sentiment, starts and existing sales missed. Initial jobless claims unexpectedly rose to their highest level since mid-November and leading indicators fell more than anticipated.

Those headlines may point toward greater risk of a recession. But they also helped lower bond yields, making investors think the Fed could be less hawkish over the balance of the year. That, in turn, is a potential positive for growth stocks and the broader Nasdaq-100. It also supported housing stocks, which have quietly emerged as the top performing industry in the last month.

There was also positive news on inflation after gasoline inventories bloated and the European Union eased sanctions on Russian oil. More downside in energy prices could reduce anxieties about the Fed and give investors more comfort owning stocks.

Sentiment remains bleak despite the potential signs of improvement. BofA Securities strategist Michael Hartnett noted last Tuesday that investors haven’t been this pessimistic since the September 11, 2001, terrorist attacks. He described the situation as “full capitulation,” suggesting that most people wanting to sell have done so. A “risk-on” rally could now follow, he added.

Barry Bannister of Stifel made a similar point, saying the economy will likely dodge a recession. He sees the S&P 500 rebounding to at least 4,200. Both assessments could be consistent with the adage that “bull markets climb a wall of worry.”

Semiconductors rose for the third straight week as U.S. lawmakers advanced a bill to support the industry. It’s expected to pass the Senate and move to the House of Representatives this week. Retailers, banks, oil drillers and homebuilders also outperformed last week. Pharmaceutical stocks and gold miners were among worst performers.

Telecoms were big decliners after AT&T (T) and Verizon Communications (VZ) sank on weak earnings. Both companies are struggling to add wireless customers.

The S&P 500 hit 4012 on Friday, its highest level in six weeks. Prices dipped but managed to remain above their 50-day moving average and a trendline that started in late April. Those patterns could make some investors think direction is turning higher. Attention may next focus on the 4160 area that was support in mid-March and resistance in early June.

Another potentially positive sign came from Cboe’s Volatility Index. The VIX, or “fear index” touched its lowest reading in three months. The Nasdaq-100 also broke the top of a bullish ascending triangle.

This week is packed with important news. While the Fed meeting on Wednesday afternoon could be the biggest event, officials recently guided market expectations toward a 75-basis point move. That could potentially reduce its importance.

Today is the only quiet session for news and earnings.

Friday brings the personal consumption expenditure (CPE) index. The report, released with personal income and spending, is potentially important because Fed officials view it as the most useful reading of inflation. Last month it was lower than expected despite the consumer price index (CPI) exceeding forecasts.