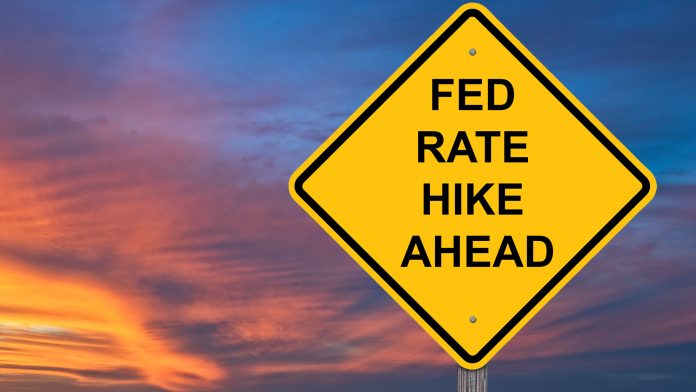 “Reducing inflation is likely to require a sustained period of below-trend growth,” Fed Chairman Jerome Powell warned investors on Friday morning. He added that policymakers need to use their “tools forcefully,” which “will also bring some pain to households and businesses. These are the unfortunate costs of reducing inflation.”

The market went into his speech evenly divided about the size of next month’s interest-rate increase. Futures quickly swung toward the larger hike of 75 basis points as Powell spoke. The S&P 500 moved in just the opposite direction, flipping from green to red. The index proceeded to end the session at its lowest level in a month. All told, it declined 4 percent between Friday, August 19, and Friday, August 26.

Ten of 11 sectors fell. The principal gainers were companies that benefit from inflation, like energy, fertilizers and metals. Growth stocks like technology and Internet companies fared the worst. That repeated a trend earlier in the year when higher interest rates reduced the appeal of high-multiple names.

Chinese stocks like TAL Education (TAL) and Pinduoduo (PDD) also jumped after officials in Beijing and Washington reached a preliminary audit deal. That could prevent delistings from U.S. exchanges.

Finally, the University of Michigan revised its consumer sentiment index sharply higher as inflation worries eased. Lower-income respondents led the rebound, the opposite of normal patterns.

Last week’s drop could land the S&P 500 back in a neutral range following a month of steady gains. Traders could now look for support around 4,000, both because of its potential psychological importance and because it’s the location of the 50-day moving average. They may next watch roughly 3,920, the most recent pivot low from July 26.

Investors may also monitor other charts like the U.S. dollar and 10-year Treasury yield. Both have been rising because of the Fed’s hawkish policy. More increases could potentially hurt sentiment toward equities.

Finally, it could be a light week of trading activity because of summer vacations. However there are important economic numbers, several Fed speeches and some earnings.

The week concludes with the Labor Department’s non-farm payrolls report on Friday morning. A long three-day weekend follows, with markets closed on Monday for Labor Day.