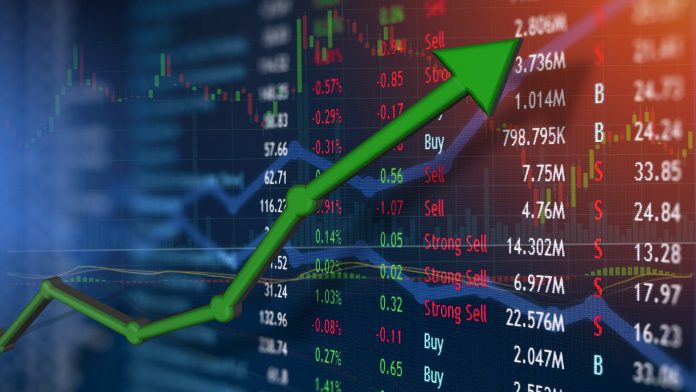 The S&P 500 rose 0.36 percent between Friday, July 29, and Friday, August 5. It was the third straight weekly advance, returning the index to its highest level in two months. The Nasdaq-100 did even better, climbing 2 percent to prices last seen three months ago. That’s potentially important, given how the Nasdaq led the broader market lower in the first half.

The economy had some big and potentially important reports last week. First, non-farm payrolls jumped by 528,000 — more than twice the forecast amount. Unemployment fell more than expected and wages surprised to the upside. That suggests the Federal Reserve’s interest-rate hikes are doing little to slow hiring.

While that argues in favor of higher interest rates, data from the Institute for Supply Management showed inflationary pressures easing. Price indexes for both manufactured goods and services dropped in July. Higher inventories also suggested that shortages continue to ease. Both reports still managed to beat estimates thanks to strong production and hiring.

Much of 2022 has been characterized by strength in energy stocks and weakness in growth stocks. However that’s changing as oil and interest rates slide. Last week brought another return to growth stocks as software makers and Internet companies rebounded.

Biotechnology, which fell sharply in the last year, also gained amid a series of positive headlines. ChemoCentryx (CCXI) doubled after accepting a takeover by Amgen (AMGN). Alnylam Pharmaceuticals (ALNY) jumped 54 percent after reporting strong Phase 3 data for an extended use of its Onpattro drug. Global Blood Therapeutics (GBT) rallied after The Wall Street Journal reported it may be acquired by Pfizer (PFE).

While the S&P 500 remains trapped near its highs from June, the Nasdaq-100 cleared the same level on its chart. That may help confirm improving sentiment toward growth stocks.

Another noteworthy thing happened on Cboe’s Volatility Index. The VIX has now dropped for seven straight weeks, its longest negative streak since late 2019. Similar declines have been followed by price stability in the broader market and increased confidence.

Still the market is entering a quiet part of the year. There could also be risk from Wednesday’s consumer price index (CPI) inflation report. If prices do retreat, some traders may look for a retest of the July 22 high around 4,000.

Inflation on the Calendar

Activity could slow this week as summer vacations take effect. The big event is likely to be the consumer price index (CPI) on Wednesday morning. Some smaller technology companies also announce quarterly results.

CPI is scheduled for 8:30 a.m. ET on Wednesday, followed by crude-oil inventories after the opening bell. Walt Disney (DIS) and Wendy’s (WEN) are some of the big earnings reports.