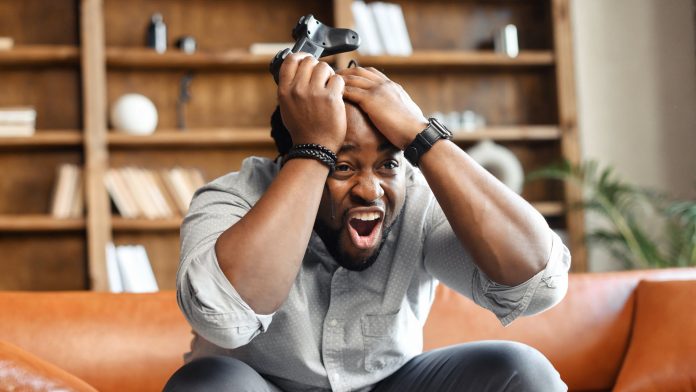 “Our gaming product sell-through projections declined significantly,” CEO Jensen Huang said in a statement preannouncing weak results for the fiscal second quarter ended July 31. Revenue for the period was 17 percent below its earlier forecast, and 19 percent under the previous quarter. The company plans to take a $1.32 billion charge because of unsold inventories when it issues final numbers on August 24.

NVDA, which began the session as the largest chip stock by market capitalization, fell 6.3 percent to $177.73. At one point it was down as much as 9.2 percent, which was its biggest drop relative to the broader market since January 2019. (That’s because the S&P 500 has stabilized in recent weeks.)

The company’s revenue warning was the latest sign of weakness in the videogame space. A separate report by CNBC on Sunday noted that console makers like Microsoft (MSFT) and Sony missed estimates last quarter. The article cited research firm NPD saying that overall industry sales dropped 13 percent from a year before. The main reason? Fewer coronavirus lockdowns.

This earnings season has featured slowdowns in other parts of the semiconductor industry — especially the legacy PC market.

“Some of our largest customers are reducing inventory levels at a rate not seen in the last decade,” Pat Gelsinger, the CEO of Intel (INTC), said on his July 28 conference call. He added that the total addressable market (TAM) would shrink 10 percent this year because the coronavirus pandemic “pulled forward some demand.”

Other companies involved in the PC business had similar news lately:

Advanced Micro Devices (AMD) and Qualcomm (QCOM), two other big semiconductor companies, issued weak guidance despite strong backward-looking numbers. AMD said on August 2 that revenue in the third quarter will range between $6.5 billion and $6.9 billion. The midpoint of that range was about $60 million less than consensus.

QCOM said on July 27 that it would earn $3-$3.30 per share in the current quarter on revenue of $11 billion-$11.8 billion. Analysts were modeling $3.26 and $11.92 billion, respectively. Management cited weaker demand for handsets.

Chart watchers may also notice that chip makers have lagged other technology stocks and the broader Nasdaq-100.

Notice how the Philadelphia Semiconductor Index ($SOX) has failed to break above its June peak. The broader Nasdaq-100 ($NDX.X) and S&P Technology Select Sector Index ($SIXT.X) have both cleared the same respective levels on their charts. That may suggest less buying interest compared with non-chip companies like Amazon.com (AMZN), Apple (AAPL), Netflix (NFLX) and PayPal (PYPL). (TradeStation data shows all of them outperforming $SOX over the last three months.)

Finally, U.S. Congress passed the Chips and Science Act to support domestic semiconductor companies on July 28. While the measure is a likely positive, it was expected for the last year. That may create selling pressure from investors owning the stocks in anticipation of the news.

In conclusion, semiconductors are one of the most popular parts of the market based on trading volumes. They have benefited from big technological shifts and strong demand. However some of the news events and price action lately have shown signs of potential weakening.

IPOs Have Their Best August in Five Years

Is Reed Hastings Still the King of Streaming?