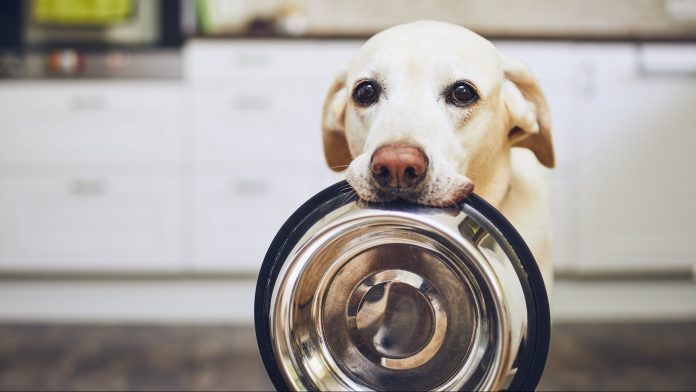 Investors are rotating to safe havens as an inverted yield curve causes worries about the economy. Still, the S&P 500 is holding some potentially important levels.

The index was little changed last week, with a sharp split between sectors. Cyclical groups like financials, which could struggle in a weak economy, fell the most. But non-cyclicals like utilities, consumer staples and healthcare advanced.

The yield on the 10-year Treasury note fell 6 basis points under the two-year yield on Friday. It was the first so-called yield curve inversion since August 2019 and the lowest reading since early 2007. The event is sometimes viewed as a warning sign before a recession.

Economic news was mixed, with a few signs of activity slowing. For example, jobless claims and industrial data missed estimates. However payroll growth continued and unemployment fell to its lowest level since February 2020. Consumer confidence also dropped less than feared.

The S&P 500 had some interesting patterns last week. First, it broke the trendline running along the peaks of February. Second, the index proceeded to reach its highest level since January 14 before pulling back.

It then held the trend line and an old peak from early September. That may suggest both resistance areas have become new support, which is potentially bullish. Next, prices remained above the 200-day moving average. That could make some chart watchers think its longer-term uptrend remains in effect.

Still, traders hoping for a deeper pullback may eye the early-March high around 4,400. It’s also near the 50-day moving average.

Last week saw a major change in sector performance. Transports, often viewed as bellwethers for the economy, had their biggest drop in over a year. Banks, semiconductors, retailers and energy — all associated with the business cycle — also fell.

Meanwhile real estate investment trusts rallied 4.6 percent, their biggest weakly gain in over a year. Utilities advanced after breaking above their February 2020 highs.

High-multiple growth stocks like cloud computing and biotechnology (some of the worst performers since late 2021) also bounced. Chinese technology firms climbed as authorities in Beijing said they’re working with U.S. regulators to avoid getting delisted.

The change in sentiment came at the start of a new quarter and as Treasury yields declined. That may suggest that cash-flush investors see opportunities in beaten down parts of the market — even with the Federal Reserve raising interest rates.

Last week also saw a bounce in travel-related stocks like airlines and cruise-ship operators. Will those companies remain in focus with summer vacations approaching later in the quarter?

This week is relatively quiet. The Institute for Supply Management’s service-sector index is tomorrow, followed by oil inventories the next morning. Minutes from the last Fed meeting at 2 p.m. ET Wednesday could be the biggest event of the week.

Jobless claims are on Thursday morning.

Another theme could be quarterly results because earnings season begins next week. Consensus estimates see profits growing just 4.7 percent, according to FactSet. It would be the slowest since the end of 2020. Interestingly, analysts raised forecasts for the next three quarters as they trimmed the first quarter. That may suggest they remain optimistic over the longer term but where cautious in the near term because of inflation, the hawkish Fed and geopolitical risks.

Stocks Near Record Highs Halfway Through the Year

Tesla and Amazon.com Were the Top Symbols at TradeStation Last Month