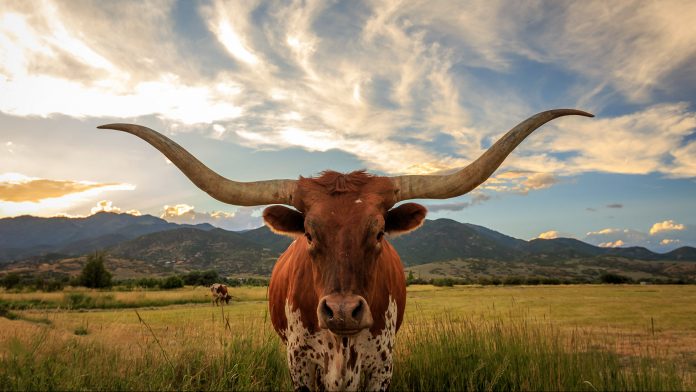 Stocks are heading for their first positive month of the year as a glacier of negativity melts and capital flows back to the market.

The S&P 500 rose 1.8 percent between Friday, March 18, and Friday, March 25. The index had its highest weekly close since early January with buyers remaining active after Federal Reserve’s big meeting on March 16. It’s up almost 4 percent since the end of February.

The central bank was back in the news last week as Chairman Jerome Powell opened the door to faster interest-rate hikes. Investors, increasingly comfortable with tighter monetary policy, shrugged at the comments. The bigger story seems to be a continued lifting of pessimism that swelled earlier in the year because of the hawkish Fed.

Other economic data was mixed. Initial jobless claims fell more than expected to the lowest level since 1969 — sign of strength in the labor market. Housing and industrial data missed, while inflation dragged on consumer sentiment.

Most sectors rose last week, but energy led the advance with a 6.6 percent gain. Materials followed as fertilizer makers and metal companies surged.

Technology stocks also jumped as Apple (AAPL) had its biggest weekly gain since early December, while Intel (INTC) rose the most since January 2021.

A similar trend applied in the cryptocurrency market as Bitcoin rallied almost 14 percent. That was its biggest weekly gain since April.

The S&P 500 briefly fell under its 200-day moving average on Wednesday but immediately recovered. Some technical analysts may view that as a potentially bullish sign. They could now watch the February highs near 4590 as potential resistance, plus the trendline along those peaks.

Other assets have some importance now given their big moves recently, especially bonds and energy. The 10-year Treasury yield rose for a third straight week to its highest level since April 2019. Crude-oil futures advanced but made a potentially higher low versus earlier in the month.

Continued gains in either chart could weigh on stock-market sentiment. However, reversals lower could potentially draw investors back to large-cap technology stocks — especially with earnings a month away.

This week has some big monthly economic numbers. Investors could also monitor Shanghai’s coronavirus lockdown because it could impact energy demand.

ADP’s private-sector payrolls report is due Wednesday morning, along with crude-oil inventories.