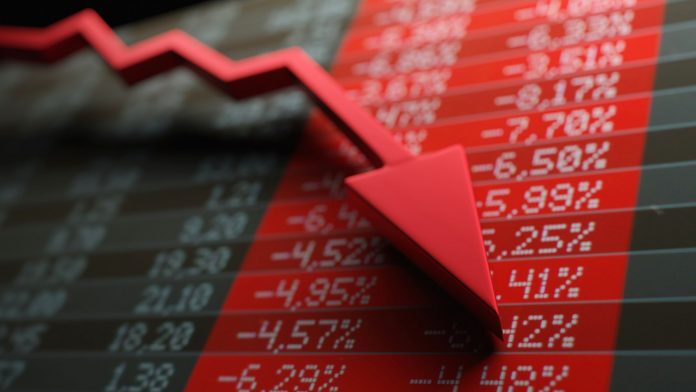 The S&P 500 slid 1.7 percent between Friday, December 31, and Friday, January 7. Selling focused heavily on the technology sector, which had its biggest weekly drop in over a year. Oil and gas stocks were just the opposite, posting their sharpest gain since late 2020.

The shift toward lower-multiple value names comes as monetary policy tightens to stem inflation. The move gained urgency on Wednesday when the Fed unexpectedly hinted at shrinking its balance sheet. That new hawkishness represents a big change from the last two years, when policymakers supported the economy with generous stimulus.

A separate report by Goldman Sachs prime brokerage found that hedge funds sold the most technology stocks in at least a decade between December 30 and January 4. The activity resulted from the liquidation of long-term holdings, a potential sign of investor rotation as the new year begins.

The SPDR Energy ETF (XLE), on the other hand, jumped more than 10 percent. The fund closed at its highest level in more than two years, potentially breaking long-term resistance that took shape early in the pandemic. Already viewed as an inflation hedge, the sector got a further boost from unrest in Kazakhstan and less supply from Libya.

Financials also rallied as the 10-year Treasury yield hit a two-year high. The group will be in the news this week and next as major banks issue quarterly results.

Housing stocks and real-estate investment trusts led to the downside as the market reacted to increased borrowing costs. Healthcare struggled as well.

It was a big week for automakers after companies like Tesla (TSLA) and General Motors (GM) reported strong sales. Ford Motor (F) in particular surged after doubling planned production of its electric F-150. The Dearborn, Michigan-based company is now back to its highest levels since 2004.

The S&P 500 hit new highs during the holiday week but failed to hold. Some chart watchers may consider that a false breakout. The moving average convergence/divergence (MACD) indicator also made a lower high when prices hit new highs, a potential sign of momentum slowing. Attention could now focus on the 50-day moving average, where prices have frequently bounced.

The Nasdaq-100 fared worse, closing at its 100-day moving average. It’s also trying to hold roughly 15,550, where it rebounded twice in December.

Interest rates are likely to remain a big story this week as Fed Chairman Jerome Powell appears on Capitol Hill and more inflation numbers are reported.

Jerome Powell in the Senate

Powell will testify before the Senate Banking Committee tomorrow at 10 a.m. ET. While his re-nomination is the official purpose of the hearing, investors will probably listen for more guidance on the Fed’s balance sheet.

The consumer price index follows on Wednesday morning. The Fed’s Beige book report of economic conditions is due in the afternoon.

Another inflation gauge, the producer-price index, comes on Thursday morning. Lael Brainard, President Biden’s nominee for vice-chair of the Fed, testifies as well.

Attention shifts to the consumer sector on Friday, with monthly retail sales and consumer sentiment. The first two big earnings reports, Citigroup (C) and JPMorgan Chase (JPM), are also due.

Quarterly announcements get a lot more active the following week with names like Bank of America (BAC), Netflix (NFLX) and Goldman Sachs (GS) on the docket.