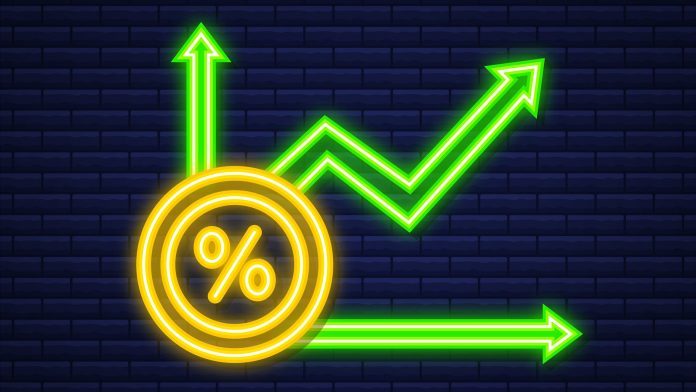 Different parts of the market tend to perform better than others at various times. Investors can identify these trends with a few clicks using the relative strength tool on TradeStation’s award-winning platform.

Relative strength is an indicator available on the Chart Analysis app. By default, it compares a stock or exchange-traded fund to the SPDR S&P 500 ETF (SPY). This allows benchmarking against the S&P 500, the broadest and most widely followed equity index.

Start by opening a new chart on TradeStation. Click on the Apps bar at the top of the workspace and select the Chart Analysis tool. It will display your most recently viewed symbol. Click on the chart and type a symbol to change the stock. We’ll start with the SPDR Technology ETF (XLK), which includes major tech companies like Apple (AAPL) and Microsoft (MSFT).

Now click on the Studies menu at the top and select “Add Study… ” A dialog box will appear. Scroll down to “Relative Strength.” (You can jump down the list by hitting the “R” key.) Hit OK and a blue and red line will appear at the bottom of your chart.

The Relative Strength indicator will compare XLK to the S&P 500 over the last 10 trading sessions. Positive readings mean that the main symbol has outperformed SPY in that period and negative readings show underperformance. The difference is plotted in simple percentage points.

Investors can adjust Relative Strength by right-clicking on the line and selecting “Edit ‘Relative Strength’.” A dialog box will open. Click the Input tab on the left. Notice how the reference symbol defaults to SPY. You can change this to another benchmark like the Nasdaq-100 (QQQ).

Next, the Length defaults to 10. Modify this value if you want to compare over different time frames, but remember that it counts price candles on the chart rather than calendar days. (A month is roughly 21 trading sessions.)

Another potential adjustment is changing the appearance of the price chart. Click the Style. Then select “Histogram” under Type to render bars instead of a line. You can also make the line thicker with the Weight box to the right.

Relative Strength can help investors assess sentiment toward a sector or individual stock. The market often passes through cycles when money managers build positions in certain industries and unload others. Technicians call these processes “accumulation” and “distribution.”

Sectors with positive relative strength may be under accumulation. Negative readings can indicate distribution is underway. Investors can potentially use the indicator to avoid weaker parts of the market.

The SPDR Energy ETF (XLE) did the opposite in the second chart, turning positive relative strength in January as the broader market fell. This trend continued in February and March as crude oil jumped to multiyear highs. Investors could have potentially used this signal to avoid tech stocks and focus on energy producers.

The charts in this article show a recent example of rotation away from technology stocks in favor of energy. Notice how XLK’s relative strength faded in December despite the S&P 500 making new highs. Then notice how it turned sharply negative as the market dropped in January.

There are a few more points about the relative strength indicator.

Second, remember that you can use different benchmarks by changing the ReferenceSymbol in the dialog box. For example, you might want to compare a financial stock like Bank of America (BAC) to the SPDR Financial ETF (XLF). That will show how it’s performing against peers.

Third, relative strength will automatically match to the time frame on the chart. If you change the interval to hourly or weekly bars, the study will compare price changes on an hourly or monthly basis.

Fourth, you can customize relative strength’s appearance by changing the BelowZeroColor and AboveZeroColor in the dialog box. Note that that the MyColors function provides a wider selection of colors. Just make sure to keep the color’s name inside the quote marks (“”). The help section has more information on customizing studies and colors.

Is a Reversal Coming? Rate of Change Can Help Spot Turns in the Stock Market

Trend Following: How I Learned to Stop Worrying and Love the Pullback