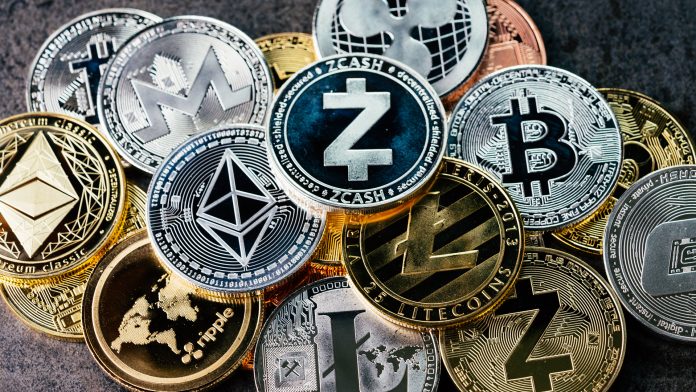 Bitcoin is having its worst week in almost two months. Is this the end of the rally, or just a dip along the way?

While no one can know the answer to that question, we can take a step back to look at the big picture. Below are some charts and indicators cryptocurrency watchers often use to assess the state of the market. We’ll also consider some related equities and recent news events that may impact digital assets.

Excessive bullishness (or bearishness) can often serve as contrary signals. Bullish readings may reveal people are fully invested and can become sellers. Likewise bearish indicators may indicate investors are done selling and have cash at the ready. (This approach also anticipated a turn in the stock market last month.)

Alternative.me’s Crypto Fear & Greed index is a common sentiment gauge. Notice how it showed “Extreme Greed” at the start of last week. Previous readings near that area also marked tops in May and September. Now it’s retreated back to a “Neutral” position.

One of Bitcoin’s major appeals is its scarcity because only 21 million can ever exist. Institutional investors have recently purchased Bitcoin on exchanges like Coinbase (COIN) and then transferred holdings to private wallets. Bitcoin availability can dwindle as a result.

Analysts measure this supply by looking at the reserve of coins on exchanges. According to CryptQuant, this number has steadily declined since the summer. On Tuesday it hit a new 52-week low near 2.3 million Bitcoins. The supply of Ethereum, the No. 2 crypto, also plunged below 16 million for the first time in over a year.

Cryptocurrency investors also watch the Stock to Flow model, which plots the long-term trajectory of price versus other assets like gold. For example, it originally projected a market cap above $1 trillion, which was achieved in January 7.

Bitcoin has mostly followed the Stock to Flow model, which forecasts a price of $106,000 per coin this year. That’s about 75 percent above the current price.

There is also a group of stocks whose businesses are tied to cryptos, like COIN. These equities have mostly pulled back along with the price of digital assets:

Marathon Digital (MARA): Has dropped 13 percent in the last week. The selloff followed a weaker-then-expected quarterly revenue number on November 10. The Bitcoin miner subsequently disclosed it had received a subpoena from the U.S. Securities and Exchange Commission (SEC). It also sold $650 million of convertible debt to purchase more Bitcoin.

Coinbase (COIN): Is up 5 percent in the last week. The exchange operator also missed revenue estimates on November 9. It initially dropped on the news but quickly rebounded and held its ground above its level at the end of October.

Microstrategy (MSTR): The business-intelligence company, famous for its stockpile of 114,000 Bitcoins, is down 8 percent in the last week. It’s pulling back to old highs from October and late August. That could make some chart watchers look for old resistance to become new support.

In conclusion, cryptocurrencies have endured a sharp pullback after failing to break out to new highs. There are potential headwinds with the Federal Reserve tapering asset purchases. However some investors may view the dip as a buying opportunity. Hopefully this article helps you see some of the key points.