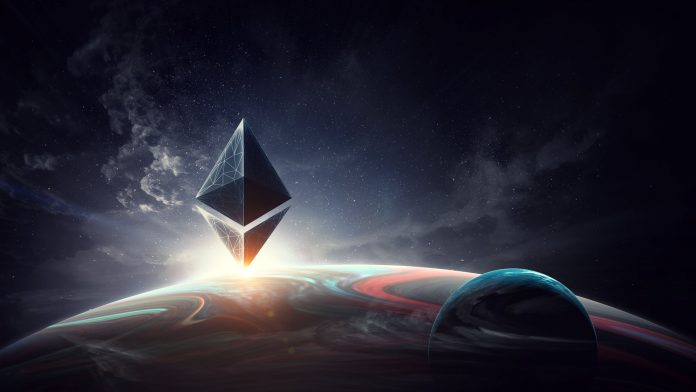 Ethereum is taking a step this week toward the elusive “proof of stake” model, which promises faster processing times and greater scarcity.

The so-called Altair upgrade will take effect on Wednesday morning on Ethereum’s beacon chain. That’s the parallel system running alongside the current “proof of work” blockchain. If all goes well, the big “Merge” between the two will follow early next year. That will usher in the long-awaited switch to Ethereum 2.0.

Altair is an incremental step toward making the change a success. It mostly gives software patches to node operators (computers running the network). These mandate upgrades and increase “slashing” penalties for mistakes or inactivity. It will also double the reward for reporting bugs.

Today’s upgrade takes effect at “epoch” 74240. Epochs, or groups of consecutive blocks, are another innovation of Ethereum’s upgrade process. Each epoch lasts about 6.4 minutes and will contain 32 blocks. They also enable “sharding,” a computing method for handling 5,000 more transactions per second.

Altair is the first upgrade to Ethereum’s new beacon chain since it launched in December 2020. The longer-term effort is intended to make the cryptocurrency more efficient and valuable in multiple ways.

The major change is “proof-of-stake” validation. Like Bitcoin, Ethereum now uses “proof of work,” which is secure but slow and energy intensive. Proof of stake assigns work to validators based on Ethereum they’ve pledged, or “staked.” Developers hope this will establish a regular community of validators, rather than a free-for-all of competing miners.

The other big theme is scarcity. Bitcoin’s code already caps supply at 21 million coins. While Ethereum has no official limit, the current upgrade process is already reducing its availability.

The first way is with “fee-burning,” which erases processing fees over a certain threshold. It’s has cut Ethereum issuance by about 56 percent since it began in August, according to watchtheburn.com. A second driver of supply reduction is the shift to proof of stake, planned for February, which will incentivize validators to hold coins.

Demand for Ethereum has been grown at the same time creation of new coins has slowed. Large investors have removed Ethereum from exchanges like Coinbase (COIN) for longer-term holdings. Just 18 million Ethereum are now available to the public, according to Cryptoquant.com. That’s the least in over a year, and a drop of about 16 percent since late June.

Another potential catalyst is the potential creation of an Ethereum exchange-traded fund (ETF). ProShares already launched an ETF linked to Bitcoin futures under the symbol BITO. At least three ETF sponsors have filed with the U.S. Securities and Exchange Commission, but the timeline for an approval isn’t clear.

Finally, investors may already be focusing on Ethereum because its price ratio has increased versus Bitcoin. Data from TradingView shows that the Ethereum / Bitcoin cross (ETHUSD) tripled in April and May. It’s drifted in that range since but has gained after bouncing nears its 200-day moving average this month. The ratio remains at about half its peak from early 2018.

In conclusion, Ethereum developers have been busy as prices consolidated in the last five months. They first implemented fee-burning first and now are laying the groundwork for proof of stake. Once Altair is live today, it will tighten the connections and processes before the really big changes take effect in 2022. If things go smoothly in coming weeks, it may increase demand for the No. 2 cryptocurrency. Hopefully this post helps you understand some of the key trends to watch.