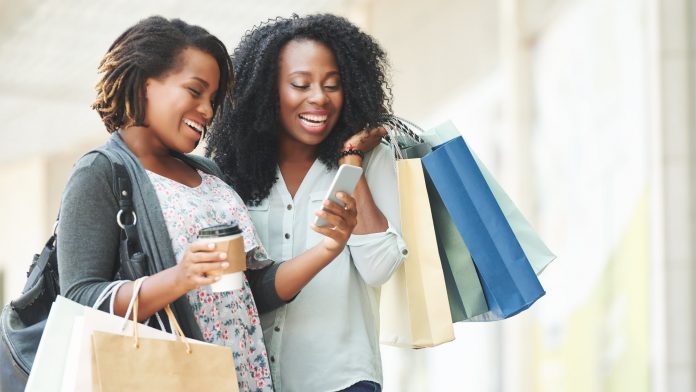 Retail stocks are jumping this week as stores rebound from last year’s shutdowns. The industry has been overlooked for years as investors focused on technology stocks and e-commerce.

However some of the headwinds are potentially fading as the country reopens. Below are eight facts you might not have known about the retail sector.

As old-economy stocks, traditional retailers trade at lower price/earnings ratios than large technology stocks. Members of the SPDR Retail ETF (XRT) have an average P/E ratio of 12 times, according to ETFdb.com. That’s barely half the level for the overall S&P 500 (22 times). It’s also much lower than the 30x multiple on the SPDR Consumer Discretionary ETF (XLY), which is boosted by large Nasdaq-100 companies like Tesla (TSLA) and Amazon.com (TSLA).

Retail Employment Is Almost Back to Pre-Covid Levels

The retail industry was one of the hardest hit by last year’s shutdowns. It lost 3 million workers (about 19 percent of its workforce) at the worst of the shutdowns. That number returned to a deficit of about 700,000 last month as stores reopen, according to the Bureau of Labor Statistics.

Even with the increased hiring, more workers are still needed. Another report called Job openings, hiring and total separations (“JOLTS”) showed the industry had 1.1 unfilled jobs in September. If you add that number to overall total of 15.3 million, it would translate into 16.4 million retail workers. That would be more than 500,000 above the previous high in late 2016.

Translation? Even with the “retail apocalypse” and the rise of e-commerce, traditional retailers are coming back. Would they be looking to hire if they didn’t anticipate real demand?

Inventories are one of the most important metrics for retailers. When stores have too much unsold merchandise, they slash prices to clear the shelves. Accountants gauge when there’s a glut of unsold goods using the inventories to sales ratio. Low readings are good because it means stuff is moving out the door quickly. High readings are just the opposite.

Notice in the chart below how the inventory/sales ratio steadily climbed after 2012. Not long after, XRT stopped rising and fell behind the broader S&P 500.

But more recently the ratio plunged to a record low and remains at a historically miniscule level. This gives merchants pricing power, which is good for margins. Just look at the recent results from Under Armour (UAA).

Landlords Are Killing It

In most businesses, a rising tide will lift associated companies. For retailers, this includes landlords such as Simon Property (SPG) and Kimco (KIM). Both mall operators (technically real-estate trusts) fell along with retailers after 2016. But now both are hitting multiyear highs after reporting strong quarterly results.

Some forecasters have issued bullish outlooks. The National Retail Federation, for example, predicted on October 27 that sales will increase 8.5-10.5 percent this holiday-shopping season. That would be the biggest growth in over decade, according to reports on CNBC.com.

Second, Bank of America anticipates a “millennial baby boom.” The forecast (on November 9) is based on rising sales of pregnancy tests since the summer. That could also potentially drive business for retailers.

Tourists May Return This Year

According to CNBC and the International Trade Administration, global tourists accounted for more than one-quarter of shopping in 2019. Losing this business was an obvious problem in 2020, but the Biden Administration began lifting restrictions on November 8.

Finally, economic numbers are potentially positive for the industry.

Retail sales are the big one, beating estimates the last three months. September’s 1.7 percent gain was the biggest increase since March. That follows a string of misses earlier in the year.

Wages are on the rise too. BLS data shows hourly earnings up more than 0.3 percent sequentially each month since April. That’s the longest streak above 0.3 percent since at least 2006 (when the report starts). When you consider that 10.4 million jobs are unfilled across the entire economy, wages may continue to increase in coming months.

In conclusion, the last two years have brought a lot of changes to the economy. However the coronavirus pandemic may have also helped an old industry reboot following years of store closures and bankruptcies. Investors may want to watch these trends, especially into the holidays and the New Year.