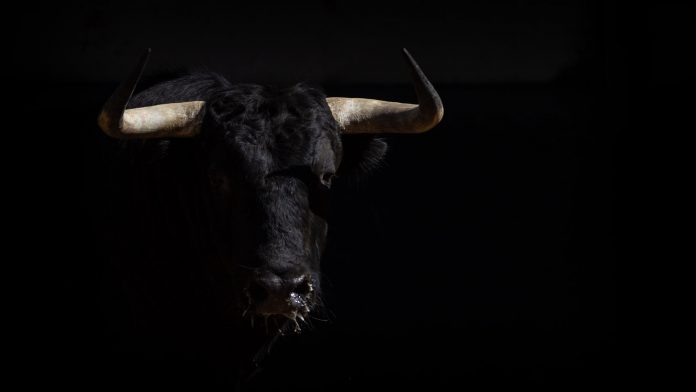 Stocks just finished their best month in a year as strong quarterly results melted a bubble of extreme negativity.

The S&P 500 finished October up 6.9 percent at a new all-time high. It was the biggest monthly gain since November 2020, with over three-quarters of the index’s members advancing. Consumer stocks, energy and technology led the charge.

Investors started the month worried about the debt ceiling, inflation and supply-chain shortages. One by one, those fears dissolved. While some earnings have missed so far, most important companies have managed to hit their numbers. Jobless claims also steadily fell to new pandemic lows, while retail sales and consumer confidence unexpectedly improved.

There were also some major stock moves. Tesla (TSLA) jumped past $1 trillion in market capitalization for the first time after profit margins flew past forecasts. Rental giant Hertz (HTZZ) also agreed to buy 100,000 electric vehicles, potentially helping to expose more drivers to its zero-emission cars. Merck (MRK), which has barely moved for decades, surged to life on strong results and excitement about its new coronavirus treatment.

October was also big for cryptocurrencies. Bitcoin surged 47 percent, its biggest gain monthly since last December, partly on enthusiasm about its new exchange-traded fund (BITO). Ethereum rose to new highs after its Altair upgrade, which could open the door to proof-of-stake validation early next year.

The index rose 1.3 percent between Friday, October 22, and Friday, October 29, its fourth straight positive week. The index is more than 1 percent above its previous high on September 2. However it remains below the longer-term trendline running along the lows of March, July and August. That could make some momentum traders expect a return to the earlier path.

The Nasdaq-100 and Dow Jones Industrial Average closed at new highs as well.

This week is full of economic news and corporate earnings, with about one-third of the S&P 500 reporting. Sentiment and price action could hinge around the Federal Reserve meeting on Wednesday.

This morning’s Institute for Supply Management’s manufacturing index is the first big event of the week.

ADP’s private-sector payrolls report is early Wednesday, but the Fed meeting at 2 p.m. ET will likely be the main event. Attention will focus on the expected reduction, or “tapering,” of asset purchases. Policymakers have openly signaled the change, which could be followed by interest rate increases next year. Companies like CVS Health (CVS), Roku (ROKU), MGM Resorts (MGM) and Qualcomm (QCOM) report earnings as well. Other reports include ISM’s service-sector index and crude-oil inventories.

Non-farm payrolls are the big item on Friday morning. Results are also due from Draftkings (DKNG).

Chart of the Day: South American Energy Giant May Be Attempting...