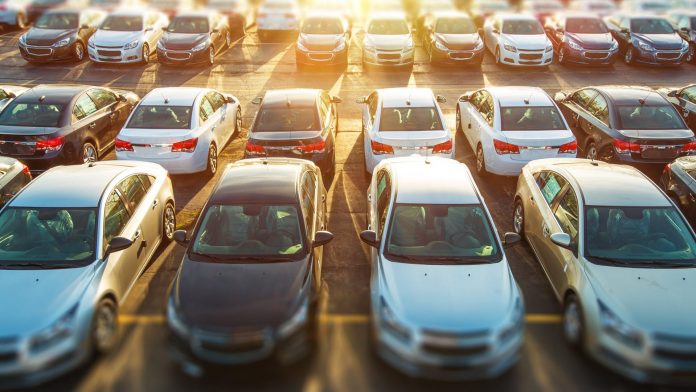 If there’s one message from this month’s earnings reports, it could be that “automakers are back.”

A powerful combination of forces seems to be lining up for companies like Tesla (TSLA), General Motors (GM) and Ford Motor (GM):

These trends are taking place as consumers regain confidence and prepare for the important holiday-shopping season. Below we’ll consider results from each automaker, and then discuss the improving economic trends.

Ford Motor (F) is jumping to a seven-year high after exceeding expectations yesterday afternoon. Revenue of $33.21 billion was just 2 percent more than consensus, while earnings beat by 89 percent. That divergence, also seen in Tesla, resulted from wider profit margins as production resumed and pricing improved.

The stronger operating environment let F raise its estimate for EBIT (earnings before interest and taxes) to a range of $10.5-11.5 billion from $9-10 billion previously. That ran directly against earlier comments that business would deteriorate in the second half. Such a sharp about-face not only surprised Wall Street. It could also mean that an improvement is just now taking shape.

The Dearborn, Michigan-based company additionally reinstituted its quarterly dividend of $0.10. While the dollar amount is relatively insignificant, it’s a strong symbolic gesture of things returning to normal from the coronavirus pandemic. (F suspended its dividend on March 19, 2020.)

Two other noteworthy items appeared in the report. First, North America drove the strong results. That’s important because it’s the largest and most established market, with potential economies of scale as sales recover. Models like the Bronco SUV and Mustang Mach-E in particular contributed.

Of the three big automakers, General Motors (GM) performed the worst after its quarterly report. The Detroit-based company dropped more than 5 percent yesterday after CEO Mary Barra abstained from raising its profit guidance. (However she said EBIT would be at the higher end of its previous range.) That made investors think GM continues to struggle with supply-chain issues.

Still, in a little-noticed headline on Tuesday, the Detroit News reported that GM was boosting overtime shifts at some plants — a potential sign that chip shortages aren’t as bad as feared.

GM beat estimates on both the top and bottom lines. Like F, profit exceeded revenue by a wide margin. However some analysts downplayed the strong profitability, attributing it to the one-off benefit of a legal settlement with LG Chem over Bolt batteries.

Tesla (TSLA) was the first of the first of the automakers to report earnings on October 20. While results beat estimates, the real takeaway was the strong profit margins as Elon Musk improved manufacturing processes and overcame chip shortages.

Another key point is the opportunity for TSLA to increase production in Europe and China. Like F, analysts buzzed about its strong profit margins and the potential for improvement as efficiencies increase and bottlenecks ease.

The big question now for Tesla may be, how long before it officially surpasses Chrysler as a member of the “Big Three?”

Why Are Automakers Rising?

Apart from results at the company level, favorable conditions in the auto market could be playing a role.

One factor is the lack of supply. The U.S. car fleet was already ageing before coronavirus. After the pandemic halted production, the average age of a vehicle climbed to a record 12.1 years (according to IHS Markit).

The tight supply marks a change from decades of overproduction, which once caused automakers to offer an endless stream of incentives. Those days have faded as prices increase. In fact, here’s a little factoid few reporters seem to have noticed: The last Consumer Price Index showed new-vehicle prices up 8.7 percent year-over-year in September. That was the biggest increase since September 1980.

Finally, the delta variant of coronavirus and political worries have caused extreme pessimism among consumers. We can see this in poll-based reports like consumer sentiment and consumer confidence. However they continue to spend despite the negativity. For example, retail sales unexpected rose in August and September. (Don’t forget that automakers are consumer discretionary stocks, like clothing, hotels and homebuilders.)

Meanwhile wages are rising and jobs are plentiful. The National Retail Federation also just projected a record holiday-shopping season, forecasting sales growth of up to 10.5 percent.

In conclusion, investors have neglected auto stocks for years. All three companies covered in this article had years of business difficulties before the pandemic. TSLA was the first to recover in October 2019 and now there are signs of F and GM benefiting as well.

Automakers Begin the Year With an Explosive Rally as Ford Goes...