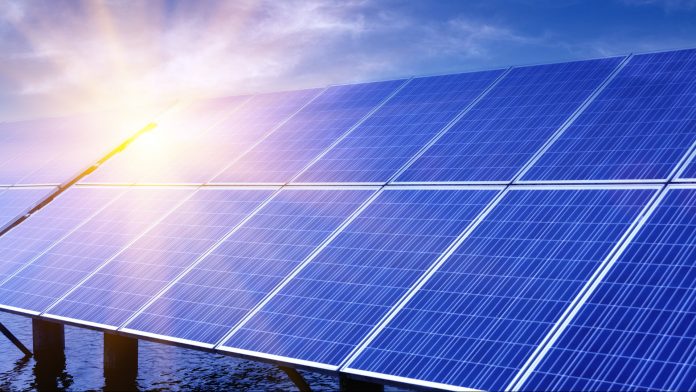 Solar energy stocks were one of the top performing groups in the pandemic year 2020. Now after a long pause, the global energy shock is reviving the group.

SolarEdge Technologies (SEDG) is up 36 percent in the last month, making it the top performing member of the S&P 500 in that period. Enphase Energy (ENPH), the index’s only other solar stock, ranks No. 3 with a 28 percent gain. The broader market is down 4.6 percent in the same period. (Both companies were added to the S&P 500 last year.)

Solar stocks have jumped after the Ukraine crisis pushed crude oil to a 13-year high. The situation has also forced Europeans to think about cutting reliance on Russian natural gas in favor of renewables.

However more than just geopolitics are at work because solar stocks emerged as a new growth industry two years ago. SEDG, for instance, saw its revenue grow from $937 million in 2018 to $1.45 billion in 2020. This year, it’s expected to reach $2.86 billion, according to consensus analyst estimates on Yahoo Financial. ENPH’s growth has been even quicker.

“The global demand for solar energy across all segments and geographies is extremely strong and generating unprecedented demand for our products,” SEDG CEO Zvi Lando said on February 15 after projecting first quarter revenue about 9 percent above Wall Street’s expectations.

ENPH and SEDG both provide integrated systems that manage panels, power supplies and batteries for buildings. Other companies in the industry focus on solar-panel manufacturing and installations.

China’s JinkoSolar (JKS) is the biggest firm by revenue, according to TradeStation data. It makes a range of solar panels and modules. JKS roughly tripled in late 2020 after boosting production. It’s consolidated since then and remains more than 35 percent below its previous high.

Canadian Solar (CSIQ) and First Solar (FSLR) are No. 2 and No. 3 by sales. Both companies make solar panels but have struggled with supply-chain issues following the pandemic. Investors may now focus on their ability to restore operations as coronavirus restrictions ease.

SunRun (RUN) is another actively traded name that focuses on residential installations. It’s also one of the most volatile names, having lost about 80 percent of its value between early 2021 and early 2022.

In conclusion, solar energy emerged as a new growth area in 2020. The group pulled back along with other high-multiple stocks as investors braced for higher interest rates, but now the global surge in fossil fuels may be reviving interest in the group.

Oil’s Having its Worst Week in a Generation, and it’s Only...