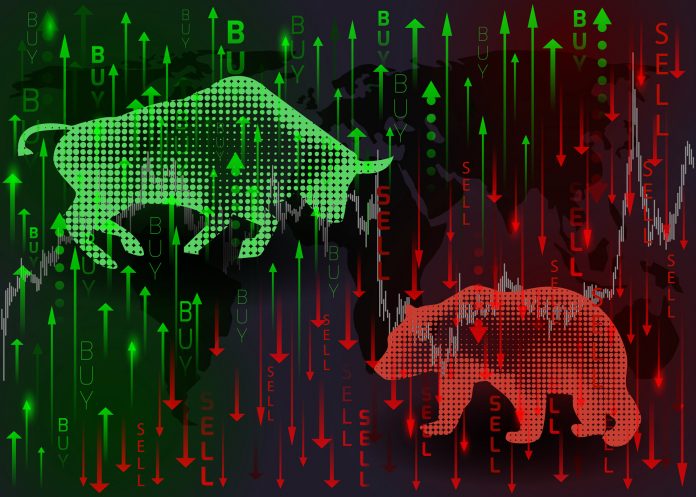 Technology stocks and the Nasdaq-100 led the selling again. They outperformed the broader market by a huge margin after social distancing boosted demand for software and online services. Now they’ve had their sharpest pullback since the rally began in April. Will investors view this as an opportunity to buy? Consider some arguments on both sides.

Investors looking to buy stocks might first emphasize the recent gains and look for the momentum to continue. As the saying goes, “the trend is your friend.”

Next, the S&P 500 and Nasdaq-100 both tested their 50-day moving averages last week. It’s one of the most popular technical indicators, so likely triggered alerts across Wall Street. Traders who’ve been waiting may see an opportunity.

Then you have the uber-negative sentiment. Less than 24 percent of respondents in the last American Association of Individual Investors survey identified themselves as “bullish.” It was the lowest reading in over a month and is 13 percentage points below the long-term average. That kind of negativity can be a contrary indicator because it often means investors don’t own stocks and might become buyers.

A Friend in the Fed?

Super-low interest rates from the Federal Reserve have been another support for the bulls. Last month at Jackson Hole, Chairman Jerome Powell even promised to let inflation rise past 2 percent before tightening the money supply. He’ll probably repeat that pledge in his press conference after the central bank’s meeting this Wednesday.

There’s also some evidence of things returning to normal after the coronavirus pandemic. The seven-day moving average of new cases just slid to its lowest level in more than three months. Meanwhile, rail traffic rose for the first time since January.

Speaking of trains, the Dow Jones Transportation Average fought the bearish tide by rising last week. That could also be viewed as a sign of the economy returning to normal.

Big technology events are another theme in the coming sessions. Apple (AAPL) has scheduled an event at 1 pm ET tomorrow. While the agenda isn’t public, the technology giant is likely to share new products or services. Speculation centers around new Watches, iPads and possibly a bundled service package called “Apple One.”

Tesla (TSLA), the second biggest gainer in the Nasdaq-100 this year, follows with its Battery Day next week on September 22. It could also draw interest to the technology sector. Market Insights will carry more information on both the AAPL and TSLA events.

The main worries for investors deal with politics and the economy. The political risk is potential trade wars, especially as President Trump and Joe Biden fight for votes ahead of the November 3 Presidential election.

Economically, the country remains in a hole from coronavirus. Less than half the 20 million jobs lost in April have been regained. There’s still broad uncertainty about vaccines and schooling.

Housing remained a bright spot amid strong demand for new homes. Materials were the only major sector to advance.

Aside from AAPL and the Fed meeting, this week also features housing and consumer-related data.

Wednesday, September 16: Retail sales and the NAHB homebuilder sentiment index are due. The Fed’s statement is due at 2 p.m. ET. Powell’s press conference is at 2:30 p.m. ET.

Tired of the Fed? Earnings Could Bring a Welcome Change to...

These Were Market Insights’ Top Stories in 2018