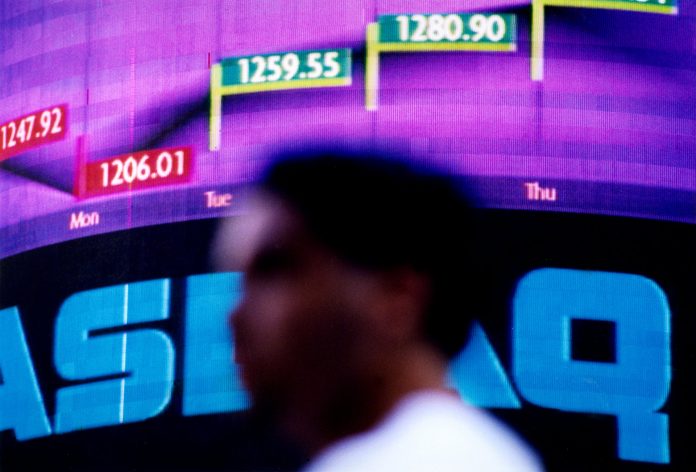 Technology stocks just had their worst week since March as Apple and Tesla skidded lower. More risks could be on the horizon.

The Nasdaq-100 fell 3.1 percent between Friday, August 28, and Friday, September 4. The SPDR Technology ETF (XLK) declined 4.1 percent. Both were the biggest weekly drops since the coronavirus selloff reached a climax in mid-March.

Several factors contributed to the declines, and other hazards may lay ahead.

First, Apple (AAPL) and Tesla (TSLA) split their shares. That can increase interest in the companies and widen the investor base. However, both rallied into the events and traders took profits after they occurred. It was a classic case of “buy the rumor and sell the news.”

Sharp pullbacks followed the moves higher. That resulted in so-called outside weeks for the Nasdaq-100, AAPL, TSLA and other important symbols. Chart watchers often view the price action as a potential reversal pattern, which may cause further pressure in big technology stocks.

The Nasdaq’s rally since March followed President Trump’s trade deal with China in late 2019. But over the weekend, the White House announced restrictions against Shanghai-based chip maker SMIC. Will investors start to worry again about tariffs? We could be entering a new phase in the political cycle — especially with the Presidential Election in two months. AAPL and semiconductor firms could be especially at risk.

Here are two other potential issues facing the Nasdaq and technology:

The potential shift away from tech came as the economy continues to rebound from the coronavirus recession. Unemployment and jobless claims fell more than expected to their lowest levels of the crisis. The Institute for Supply Management’s manufacturing index also surprised to the upside as prices and orders increased.

Banks, which stand to benefit from a stronger economy, were the best performing industry group last week. Materials and utilities also inched higher.

This week is relatively quiet, with only four trading sessions after Labor Day yesterday.

The government’s crude-oil inventory report shifts to Thursday because of the holiday. Initial jobless claims and producer prices are also due Thursday. Consumer prices follow on Friday morning.

There are also a handful of earnings:

The Mood in Growth Stocks Seems to Brighten