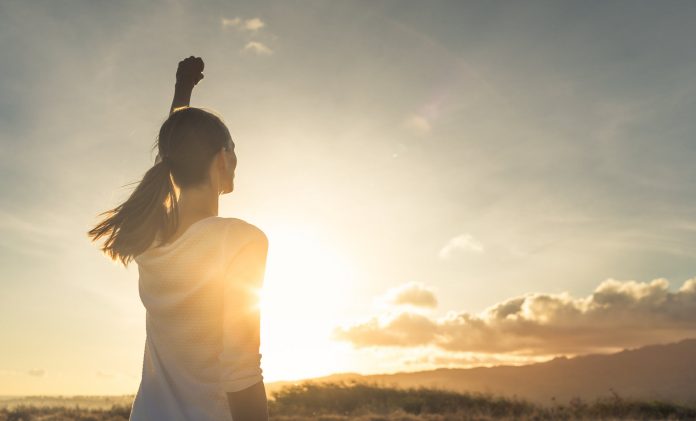 Stocks rose again last week as investors focused on technology companies and looked for the economy to rebound from the coronavirus pandemic.

However, the positive news was broader, with several historic milestones reached. Some showed how much coronavirus has changed the market, while others suggest the crisis may be finally easing. Here’s the list:

The move removed a corporate giant tracing its history back more than a century to the days of John D. Rockefeller in favor of a 21-year cloud-computing firm based in San Francisco. It was a sign of how the global economy has shifted from smokestacks to server farms and from fossil fuels to the power of Big Data.

The change in the Dow will take effect today. It was a response to Apple’s (AAPL) stock split, which reduced the index’s weighting in technology. Honeywell (HON) also replaced Raytheon Technologies (RTX) and Amgen (AMGN) knocked out Pfizer (PFE).

CRM had more good news one day later, exploding to new all-time highs after its quarterly results crushed estimates. All told, Marc Benioff’s company had its biggest weekly gain since 2004, up 31 percent.

The S&P 500 started last week by closing above 3,400 for the first time ever. It kept climbing each session, and set a new record of 3,508 on Friday. The index has advanced for five straight weeks, its longest winning streak this year.

The Nasdaq-100, which broke out to new highs in early June, surged nearly 4 percent. It also got a boost from Facebook (FB) starting to roll out its new Shops small-business feature.

“We will seek to achieve inflation that averages 2 percent over time,” Federal Reserve Chairman Jerome Powell said in a speech. While it may seem like a small change, adding “averages” will let the central bank tolerate individual inflation readings well above its 2 percent target. That suggests interest rates will stay lower for longer.

It could also “steepen the yield curve,” meaning that longer-term bond yields could rise while short-term rates stay low. That sort of trend is generally positive for banks and financials that profit when borrowing costs diverge. On Friday, for instance, Fed data showed the two-year versus 10-year yield curve at its widest difference since June 9.

Coronavirus Cases Are Down

While coronavirus is still a major issue facing the country, infections are trending lower. Data from the Centers for Disease Control and Prevention showed 33,076 new cases on Monday, August 24. That was the lowest total since June 22.

Cases rebounded later in the week, but the seven-day moving average still declined to its lowest level since the beginning of July.

Train traffic usually declines in late August because of the summer, but this year it’s surging back from the March shutdowns. The Association of American Railroads said that 514,914 carloads moved in the week ended August 22. It was the highest traffic reading since mid-December.

The biggest gainers were technology companies like software, along with solar energy and Chinese Internet firms. Gold miners also gained as Powell’s easy-money talk weighed on the U.S. dollar.

Companies associated with the economy reopening were some of the other big gainers. That included retailer Gap (GPS), cruise-line operator Carnival (CCL) and Delta Airlines (DAL).

Utilities were the only major sector to decline last week. They’re also the only sector on pace for a negative month in August. Biotechnology companies lagged as well.

This week features important employment data and a handful of tech earnings:

Those reports are followed by the three-day weekend with markets closed for Labor Day on September 7.