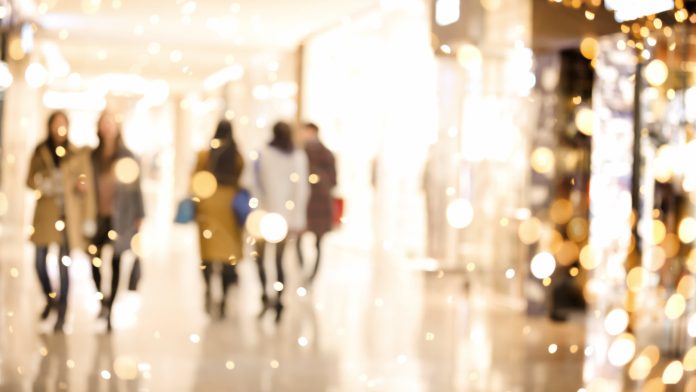 After nearly three years of turmoil, normalcy could be returning to markets and the economy.

Today we’ll consider four trends that could indicate big changes from the chaos that began in early 2020 as coronavirus spread from China’s Wuhan province. If they continue, the result could be a recovery in sentiment and a different reality in 2023.

Supply-chain issues emerged shortly after lockdowns swept China and the U.S. in 2020. Semiconductors and lumber were some of the first areas hit, but the challenges eventually spread to other areas like baby formula. The crisis was especially acute in late 2021 as businesses roared back from the lockdowns.

Now after months of steady improvement, conditions may have returned to normal. This chart of the Baltic Dry Index averages the cost of shipping freight over different routes around the world. It spiked more than 1,200 percent between May 2020 and September 2021 as companies scrambled to restock inventories. The index has steadily fallen since then, and is now back to its typical range over most of the decade before 2019.

The Institute for Supply Management’s manufacturing index also measures supply chains. Last month it showed not only a slowdown in orders but also the first drop in prices since May 2020. (See chart on right.)

Cboe’s volatility index, or the “VIX,” is a popular gauge of fear in the stock market. By measuring the cost of options on the S&P 500, it shows how much the market thinks stocks can move in aggregate.

The VIX typically rises when the S&P 500 falls because investors scramble to hedge against further downside. It can also provide clues about when a bearish move is ending because it typically peaks before the market bottoms. A recent example of this was March 2020, when VIX topped four sessions before the S&P 500 made its deepest low. A similar divergence occurred in late 2008 and early 2008.

This year’s high on VIX occurred on January 24 during the S&P 500’s initial drop below its 200-day moving average. The index has made new lows several times since then, but each time VIX made a lower high. Is it sending another signal?

The Federal Reserve has been the main drag on markets by hiking interest rates at the fastest pace in 40 years. However recent weeks have seen a shift toward softer monetary policy.

“It makes sense that we can slow down a bit,” Cleveland Fed President Loretta Mester told CNBC on Monday. That potentially confirmed market expectations that rates will rise just 50 basis points on December 14. It would be a downshift from the increases of 75 basis points at each of the last four meetings.

Mester’s comments were interesting for at least three reasons. First, they echoed similar remarks a week early by Vice Chair Lael Brainard. Second, she’s been among the more hawkish members of the Fed.

Third, Mester admitted that “some of our data lags and we don’t want to just base policy on lagging data.” This was a potentially significant point because the Fed has been criticized for ignoring drops in home prices. (Those include Jeremy Siegel of Wharton School and David Kelly of JP Morgan Asset Management.) Mester’s statement about “lagging data” seems to confirm this argument in favor of less hawkish monetary policy.

The current earnings season brought the slowest profit growth in two years, according to FactSet. However it ended with positive surprises from a series of traditional retailers:

The moves in traditional retailers are potentially interesting because they suggest that Americans continue to spend — despite falling consumer confidence and sentiment. Second, most companies in the industry declined long before coronavirus because of e-commerce. With thousands of locations shuttered since 2015, the brick-and-mortar economy could finally be stabilizing.

In conclusion, the market still faces uncertainty with at least 100 basis more of rate hikes expected. However there could be increasing signs of a return to normal. Investors could monitor these trends in coming weeks, especially with another big Fed meeting and New Year approaching.