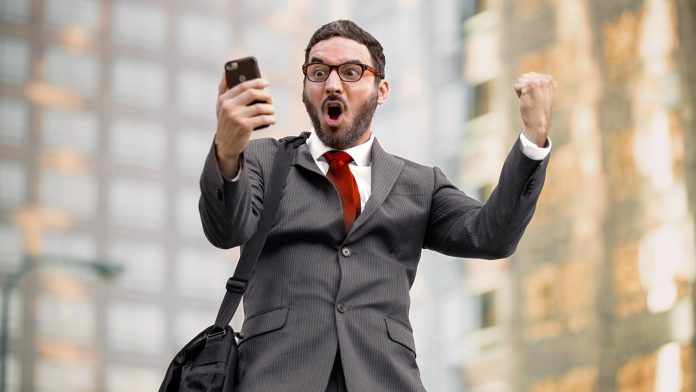 Investors just pivoted back to growth stocks as inflation worries fade and a new quarter approaches.

The S&P 500 jumped 6.4 percent in the holiday-shortened week between Friday, June 17, and Friday, June 20. More than 95 percent of the index’s members advanced, led by “growth” industries like software and e-commerce. That’s a big change from most of the year, when inflation fears hammered the Nasdaq-100.

The University of Michigan’s consumer sentiment survey not only showed that medium-term inflation expectations have stopped rising. They also revealed a drop in longer-term expectations — a potential sign that the Federal Reserve’s bitter medicine is starting to work.

Speaking of the Fed, chairman Jerome Powell told Congress it was “essential that we bring inflation down.” Colleagues like Charles Evans, Mary Daly and James Bullard echoed the hawkish message, but the market was no longer rattled following the 75-basis point hike on June 15. Instead, futures showed an easing of interest-rate expectations.

Investors responded by snapping up sectors hammered by rate anxiety. Homebuilders and utilities, for instance, had their biggest weekly gains in over two years. There was also a sharp rotation toward “growth stocks,” which are now outperforming value stocks by the most since July — shortly before inflation became a major concern.

One of the most notable features of last week was a rebound in high-multiple stocks. Many of these are associated with Cathie Wood’s Arkk Innovation ETF (ARKK). They were some of the market’s top performers in 2020 as the Fed cut interest rates, and fell sharply in the last year.

Biotechnology stocks, another high-multiple growth industry, surged 14 percent. That was their biggest weekly gain since November 2016.

Energy was the only major sector to decline. Metals and financials also lagged. All of that is consistent with the trend of money shifting from inflationary cyclicals to deflationary growth stocks. Will the rotation continue with a new quarter starting this week?

Housing: Not Dead Yet?

Housing remains one of the worst-performing groups in 2022 because of higher mortgage rates. However last week brought better-than-expected sales of existing and new homes, which helped lift the group. Builders Lennar (LEN) and KB Home (KBH) also reported consensus-beating earnings and revenue. Both companies improved their margins thanks to strong pricing and demand.

Banks were in the news last week after the Fed’s annual stress tests showed the sector well-capitalized. JPMorgan Chase (JPM) and Bank of America (BAC) were the two exceptions, prompting concerns about their ability to hike dividends.

Kellogg (K) also announced it would split into three separate companies. That will give investors access to its larger snacks business, which will split from cereals and plant-based foods.

Last week’s bounce came after the S&P 500 held a key level from late 2020. It also occurred at the bottom of a descending parallel channel that includes a series of lower highs and lower lowers. Technical analysts may watch for a higher low to signal a potential change of direction.

U.S. Treasuries also had some interesting charts. The 10-year note and 30-year bond both touched their highest yields in over eight years but failed to hold those levels. That’s also potentially consistent with slower economic growth and inflation. These trends could be important for investors looking to pick sectors, with lower yields potentially increasing the appeal of growth stocks.

This week is relatively quiet, with only a handful events on the calendar. Investors could also rebalance as the second quarter ends, which JPMorgan quantitative analyst Marko Kolanovic wrote on Friday could trigger a significant rally.

The main items today are durable-goods orders and pending-home sales in the premarket. Nike (NKE) reports earnings after the closing bell.

Consumer confidence is tomorrow, followed by crude-oil inventories on Wednesday.

The week ends with the Institute for Supply Management’s manufacturing index on Friday morning.

A three-day weekend comes next because Monday is the Fourth of July. The following week will feature key employment data from ADP and the Labor Department.

Apple Crushes Estimates But Investors Are More Interested in Two Other...