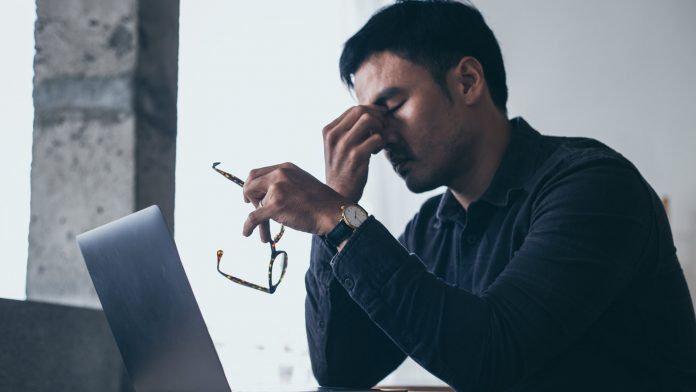 Amazon.com is flying and Meta Networks crashed: This earnings season is highlighting new divisions between haves and have-nots as America moves away from the coronavirus pandemic.

On one side are companies successfully executing their plans: Amazon.com (AMZN), Alphabet (GOOGL), Apple (AAPL) and Microsoft (MSFT). Others are benefiting from the economy reopening, especially energy producers like Exxon Mobil (XOM).

But on the other side, companies struggling to adjust to new situations. Some benefited from the pandemic have now lost that boost. Others are squeezed by costs and supply chain issues. This list of “have-nots” includes Facebook parent Meta Networks (FB), Netflix (NFLX) and PayPal (PYPL).

AMZN entered earnings season under a cloud. Its four previous reports triggered drops, and this time it had broken down to a new 52-week low. Investors were worried about slowing retail sales and the company’s big spending plans.

But as the old saying goes, “if you don’t like the game, change the rules.” CEO Andrew Jassy did exactly that by raising the price for Amazon Prime and breaking out its advertising operations as a new business line. The first move hit addressed the inflation story, showing the AMZN could keep pace with rising costs in the economy.

The second move highlighted a $9.7 billion business that’s growing at a 32 percent clip. Given the low cost of running it, this advertising revenue is also highly profitable. That helped AMZN beat earnings estimates last quarter — even as revenue missed slightly.

The advertising pivot lets the company embrace a new market where it has a natural advantage, while also boosting margins. It’s a classic example of business transformation.

FB, on the other hand, had everything go wrong. Costs rose while traffic and guidance came up short. It’s also enduring a harsh breakup with Apple (AAPL).

Daily active users declined for the first time ever, dipping to 1 million to 1.929 billion. That also lagged the 1.95 billion estimate. The company, which recently changed its name from “Facebook” to “Meta,” offset the miss by generating more revenue user.

AAPL’s changes to the iOS privacy rules and increased competition from TikTok caused the weak guidance. The stock had its biggest one-day drop ever (-26%), prompting analysts to say investors should take a longer-term view. That means letting Mark Zuckerberg spend billions on new technology now in hope of him successfully rolling out AI-powered ads and virtual-reality products. It’s potential business-transformation story, but in its early stages.

Alphabet (GOOGL), the parent of Google and YouTube, had strong quarterly results. Earnings and revenue beat thanks to strong online advertising demand. YouTube commercials were slightly weak because of TikTok competition, but the Pixel smart phone enjoyed record sales.

The big story was Sundar Pichai’s decision to split GOOGL shares 20 for 1 (a strategic action). That could make the stock more accessible to retail investors and options traders. It also triggered speculation that GOOGL may replace International Business Machines (IBM) in the Dow Jones Industrial Average. GOOGL’s high share price has kept it out of the price-weighted index, even though it would rank third in the benchmark by market capitalization. (Only AAPL and MSFT are larger.)

Few stocks benefited more from coronavirus than NFLX. The streaming-video giant was one of the first companies that broke out to new all-time highs in April 2020 as the pandemic turbo-charged subscriber growth.

But that growth came to a screeching halt on January 23, when the company forecast adding just 2.5 million subscribers by the end of March. It was barely one-third the projected amount, giving the stock its biggest one-day selloff in almost a decade.

NFLX now faces several challenges. First is the post-pandemic slowdown. Second is increased competition from rivals like Walt Disney (DIS) and AT&T (T). That could be an especially important problem because it’s no longer the clear go-to stock the industry.

Third, NFLX doesn’t give investors to any of the fast-growing post-Covid trends like inflation or rising interest rates.

AAPL and MSFT each reported strong quarterly results, but neither moved significantly.

AAPL beat estimates on all its categories except iPads. CEO Tim Cook also commented that supply-chain issues are improving. MSFT performed similarly. Both stocks are little changed to slightly lower since December.

One potential problem is that they are widely owned. That made them susceptible to incremental selling by institutional investors shifting to newer areas like energy.

Second, neither company has a new catalyst — unlike AMZN’s advertising and GOOGL’s stock split.

PYPL had one of the sharpest drops of any company announcing results this earnings season. The 26 percent plunge on February 2 was also the biggest in its 6-1/2 years as a public company.

PYPL cited the loss of eBay (EBAY) as a customer, but his has been widely know for several quarters. Guidance was the real disappointment, with full-year revenue expected to grow at least a full percentage point less than consensus. User growth also came up short, apparently because incentive programs had artificially inflated its numbers. Management responded by abandoning a goal of hitting 750 million accounts in 2022.

Like NFLX, the real issue is slowing volumes. It can be painful when growth companies stop growing.

United Parcel Service (UPS) was another company that emerged from the pandemic stronger than it went in. The main reason has been CEO Carol Tome’s focus on high-margin customers over volumes. That worked again in the December quarter, helping UPS beat estimates and hike its dividend by 49 percent.

The once-boring transportation stock jumped 14 percent to a new all-time high above $230. It’s another example of the power of well-executed business transformation.

Advanced Micro Devices (AMD) reported strong numbers across the board, but remained well below its December highs.

Ford Motor (F) had its biggest drop in 1-1/2 years after supply-chain issues caused earnings to miss estimates. The automaker had doubled in late 2021 amid strong vehicle demand, including for electric pickup trucks. Investors will now likely watch for signs of the supply-chain recovering. The auto market enjoys potentially strong fundamentals, with soaring prices and limited availability of cars.

In conclusion, things are less straightforward in the stock market as the coronavirus pandemic winds down. Some growth companies that fell recently, like AMZN and GOOGL, jumped because of business transformation and strategic actions. Others, like NFLX, FB and PYPL, slammed into a wall of slowing volumes.

Meanwhile, forgotten industries like energy and agriculture are breaking out. Interest rates, prices and wages are rising, yet some of the growth stories from the pandemic seem to remain in effect. It’s a whole new market, with the potential to reward investors willing to study and understand the changing circumstances.