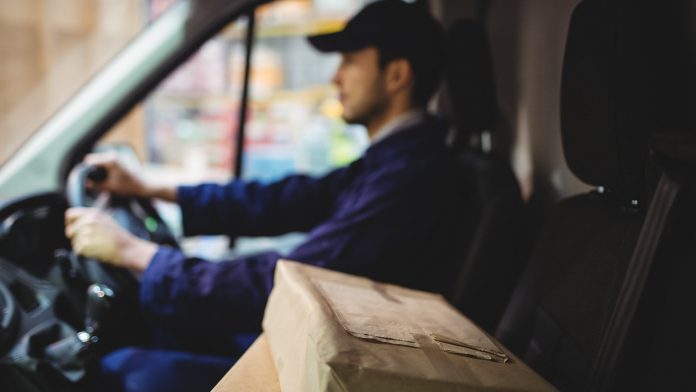 The past year has been dominated by huge macro news like coronavirus and the unprecedented economic crash that followed. But there have also been some dramatic turnarounds at the individual company level — including this month’s mystery stock.

The transportation giant rose 20 percent in April, the biggest gain for any large member of S&P 500. The once-boring and slow-moving stock has also been hitting new highs since last July as investors rethink its growth potential under new leadership.

May’s mystery stock began 113 years ago as a messenger service in Seattle, then a boomtown at the edge of the country. It gradually expanded into package deliveries between states and was offering next-day delivery by 1985. It remained a privately held company until going public in 1999. The headquarters moved to Connecticut during that time before settling in Atlanta.

Even after its IPO, United Parcel Service (UPS) was a cautious and conservative company. It carried perfect AAA credit rating until 2008, and typically underperformed its more aggressive rival, FedEx (FDX).

Everything changed a year ago when Carol Tome was appointed CEO. Previously the financial chief at Home Depot (HD), she quickly embraced a strategy of “better not bigger.” It was a major change for UPS after decades as a lumbering giant.

The first big success came last July, when earnings per share were twice the expected amount. That launched UPS above its previous all-time high from January 2018 — three months before the broader Dow Jones Transportation Average broke out.

The stock consolidated its gains over the next two quarters as Tome continued to beat estimates. It broke out again on April 27 after flying past Wall Street’s expectations. Most notably, operating profit swelled by 158 percent despite revenue climbing just 27 percent.

Why Is United Parcel Stock Rallying?

That increase shows the importance of profitability and margins, one of the Market Insights’ seven key catalysts for stock movement. Tome also targeted the “strategic action” category by shedding its freight business in January at a loss. Knowing it didn’t fit into her vision for company transformation, she had the discipline to walk away.

The broader macro environment is the final area where UPS is now benefiting. With states like California and New York reopening fully by the summer, the U.S. economy is roaring back to life. That’s fueling demand and prices for shipping services in general.

In conclusion, UPS has quickly emerged as a dynamic growth machine. New leadership with a laser focus on business transformation and profitability has gotten investors excited about a company they once viewed as a boring public service. Now it’s getting an additional boost from the strong economic recovery.