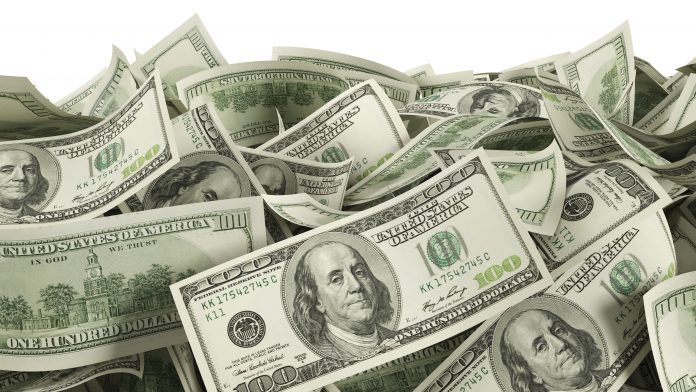 The Federal Reserve’s expected to cut interest rates today, but next month’s the real question.

Will the central bank follow with a second rate cut on October 30? If you asked CME’s FedWatch tool in mid-August, odds were at least two-thirds in favor. But they’ve fallen sharply since and are now down to less than one-in-four.

Hope of a trade deal with China is the main reason for optimism. The market previously worried about President Trump’s tariff war with Beijing — especially after he “ordered” U.S. companies to find “an alternative” to the Asian giant on August 23.

But relations have been thawing all month and now everyone’s waiting for a high-level meeting in Washington in early October.

The Fed usually avoids trade policy and sticks with monetary policy like interest rates. But this time is has little choice because Trump’s actions against China have shaken the global economy, which in turn pressures the Fed.

Is All the Bad News Priced In?

Chinese industrial production, for instance has slowed to its weakest pace since 2002. The chill has also spread Germany, a major trading partner with China. That prompted a rate cut and big stimulus package from the European Central Bank only last week.

But because the market is forward looking, those factors have been priced in. And now its crystal ball may be picking up some other positives that could argue against further rate cuts by the Fed.

One is continued strength in the U.S. economy. Initial jobless claims fell more than expected last week, and industrial production surprised to the upside yesterday. Consumer spending has been stronger than forecast as wages keep improving.

Expectations could be even more important because surveys show executives and money managers preoccupied with the China question. That’s slowed investments and apparently weighed on economic growth. But it’s also created the potential for confidence to rebound sharply if Trump makes nice with Beijing.

The last potential factor is inflation after oil began the week with a huge rally. Energy’s followed a similar path as interest rates, falling on economic worries in August and then rebounding this month. A further bounce would start to raise inflation estimates, which in turn would give the Fed less reason to cut again in October.

All Eyes on Jerome Powell

These are some of the uncertainties Chairman Jerome Powell must navigate today when he begins his press conference at 2:30 p.m. ET, half an hour after the Fed’s policy statement.

He also has to walk a fine line between colleagues who voted against the July 31 rate cut, and others wanting more aggressive steps. On top of that is pressure from the White House as President Trump scolds the Fed for weakening economic growth.

But at the end of the day, most experts think Powell is trapped between broader geopolitical forces. Everyone watches him for leadership on the economy, but this time he can only follow and react after more information is known. Don’t be surprised by a lot of hedging and noncommittal language.

Running the world’s most important central bank is a tough job, but somebody’s gotta do it. This is anything but a textbook situation. Hats off to Powell for handling it so well so far.