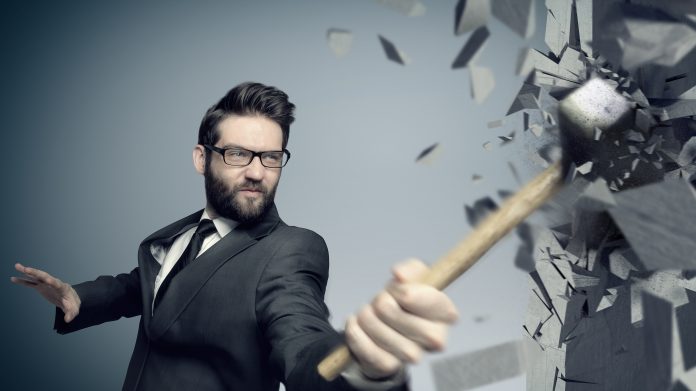 Earnings season has some positive stories so far, even as several major companies take a beating.

First and foremost, Netflix (NFLX). The streaming-video giant cratered again after domestic viewers dropped and global subscriber growth missed estimates by a mile. It was almost a rerun of previous quarters — especially its increasing reliance on debt.

And, here comes the next plot twist: If NFLX has already saturated the market when it was the only player, what happens when major competitors like Walt Disney (DIS) enter the arena?

Major banks have also struggled with a narrow difference between short- and long-term interest rates, also known as the flattening yield curve. JPMorgan Chase (JPM), Bank of America (BAC) and Wells Fargo (WFC) all said it would hurt profit.

Still, financial stocks trade at low multiples historically and are much better capitalized than a decade ago. How much cheaper can they get? Investors will answer those questions with an eye on interest rates and the economy.

Chip makers have also rallied in the last week. The main news has come from overseas as Taiwan Semiconductor (TSM) and ASML (ASML) say 5G networking demand will keep growing into yearend. While neither stock trades much in the U.S., they’re bellwethers for names reporting later in the month like Intel (INTC) and Advanced Micro Devices (AMD).

Two other technology companies once left for dead also rose on surprisingly positive results: International Business Machines (IBM) and eBay (EBAY). IBM surpassed earnings and revenue estimates and showed signs of gaining traction with cloud computing. EBAY also beat thanks to gains in its advertising and payments services. Did you know the old auction site has gotten a revamp?

Industrials and transportation stocks were more mixed. Uniform provider Cintas (CTAS), which tracks employment trends, broke out to another new high after surprising to the upside for at least the fourth straight quarter. United Airlines (UAL) also benefited from higher fares.

Two important health-care stocks also face headwinds, although theirs seem to be more permanent and harder to fix. Johnson & Johnson (JNJ) managed to beat estimates, but warned of growing competition from generic-drug makers. That gave the once-steady blue chip its third dramatic fall since December.

Illumina (ILMN), a one-time high flier in the biotechnology space, also plunged after pre-announcing weak revenue and cutting its full-year outlook by more than half.

UnitedHealth (UNH), the HMO giant, met with a similar response despite beating across the board and raising guidance. Investors are looking past those positives to a future of potentially increased political risk and price pressures.

In conclusion, some well known companies have stumbled as earnings season gets underway. But hopes of 5G networking and rebounds by forgotten companies like IBM and EBAY are lifting spirits in technology. Financials also remain highly sensitive to interest rates, with the potential for gains if the yield curve steepens.

Podcast: Is it Time for Stocks to Take a Breather?