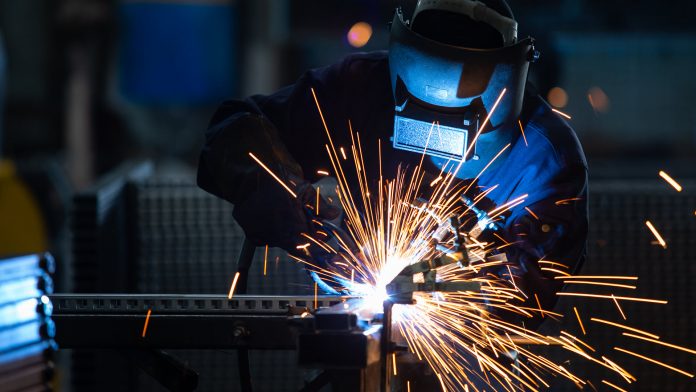 Industrial stocks are breaking out as the strengthening economy draws capital away from large technology stocks like Apple and Amazon.com.

The SPDR Industrial ETF (XLI) set a new all-time closing high on Friday, while the SPDR Technology ETF (XLK) slid for a third straight week. The divergence follows a new trend of investors shifting toward value stocks that can withstand higher interest rates. They’re also looking for companies that can benefit from faster gross domestic product.

It’s a big change from recent history. Looking at the past decade, or 120 months, XLI underperformed the S&P 500 index 64 times (53 percent). Meanwhile, XLK outperformed 80 times (67 percent), according to TradeStation data.

The shift toward industrials began in November when positive vaccine news restored economic optimism. It’s continued as China led a global rebound in January and U.S. growth recovered in February. That was highlighted by last week’s non-farm payrolls report, which crushed estimates as hotels and restaurants re-hired workers.

What Are Industrial Stocks?

The most important thing about industrial stocks is that they are mostly cyclical, benefiting from stronger economic cycles. They mostly aren’t innovators like technology stocks.

Industrials also trade at lower multiples. XLI’s average price/earnings ratio is 25 times while XLK’s is 29 times. But even that number is misleading because industrial profits fell by more than half during the pandemic, according to S&P Global Indexes. XLI is likely trading at even lower multiples considering last year’s shutdowns.

Another thing about industrials is that they’re often overlooked by retail traders. They may seem less exciting than technology stocks like AAPL or communications stocks like Facebook (FB). However, they may help investors keep pace with a rising tide of economic growth.

The industrial sector contains 12 industry groups. These are the four largest:

There are also two exchange-traded funds (ETFs) tracking parts of the industrial space:

Industrial Stocks and the U.S. Economy

The last month has been very important for the U.S. economy. Interest rates rose to their highest levels since the coronavirus pandemic began. Forecasters’ average estimate for first-quarter economic growth doubled from 2 percent to 4 percent (according to the Atlanta Federal Reserve). Industrial reports from the Institute for Supply Management, New York Fed and Philadelphia Fed all surprised to the upside. States like Texas reopened their economies. The White House said vaccine supplies will be fully available in time for the Memorial Day vacation season.

Industrials aren’t the only sector that will benefit from the trend, but they may be one of the more straightforward approaches. After all, retailers continue to struggle with the shift away from traditional stores. Consumer discretionaries are dominated by high-multiple growth stocks like Amazon.com (AMZN) and Tesla (TSLA). Energy has surged but still faces long-term supply issues.

Keep reading Market Insights for more on these trends. We could be in the process of a multiyear change in leadership.

Can Stocks Break Their Losing Streak as Attention Shifts Away From Inflation and the...

Investors Move Back to Cyclicals, Looking for a Hotter Economy Into...