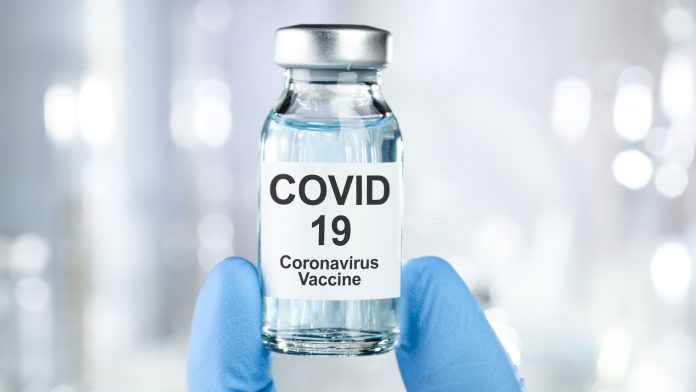 Stocks jumped to new highs this week thanks to Pfizer’s coronavirus vaccine, but it’s also causing major changes in the market.

After all, investors have had certain assumptions for months: People would stay home and avoided public places. Millions would remain out of work. The economy would limp along with support from the government.

Hopes of the crisis ending have changed all that, causing money to shift in the market. Here are four big changes:

Dozens of companies that fell the most when the pandemic shut down daily life are now rebounding. The biggest gainers this week include shopping-center owners like Kimco (KIM) and Regency Centers (REG). Travel operators like Royal Caribbean Cruises (RCL) and Wynn Resorts (WYNN) have also jumped.

Airlines haven’t bounced as much. However aircraft maker Boeing (BA) is having its best week since early June. Aside from the rebound in travel, traders might find BA interesting because it’s trying to revive the 737 Max after fatal crashes in 2018 and 2019. Reuters reported last night that the Federal Aviation Administration may approve the fixes as early as November 18.

General Electric (GE), another old-school industrial trying to recover from years of weakness, has also jumped to its highest level since early March.

Zoom Video Communications (ZM) was probably the biggest beneficiary of the coronavirus pandemic. It’s been skidding lower and is now having its worst week since going public 19 months ago.

Netflix (NFLX) enjoyed a spurt of growth thanks to the pandemic but has struggled more recently. Amazon.com (AMZN) is staggering despite strong results last quarter.

Traders may want to watch the Invesco QQQ Trust (QQQ) and the iShares Russell 2000 (IWM). QQQ tracks the tech-heavy Nasdaq-100, while IWM follows “old economy” stocks like banks and industrials. QQQ has outperformed for most of the year, but recently IWM has taken the lead.

Companies like ZM, NFLX and AMZN are considered “growth” stocks because they don’t need a strong economy to flourish. They typically trade at higher valuations. That can be a good thing when interest rates are low. But when they rise, investors often balk at paying high price-to-earnings multiples.

And rates have been climbing lately. The yield on 30-year Treasury bonds recently jumped to the highest level since early June. It could rise further if the coronavirus vaccine performs as hoped and the economy reopens. Inflation has also run ahead of expectations almost every month since June. More of that trend could also drive rates higher.

While higher rates may hurt technology stocks, they can help banks and financials by steepening the yield curve. Those sectors are also having their biggest weekly gains since early June. Key names include companies like Bank of America (BAC), JPMorgan Chase (JPM) and Goldman Sachs (GS). Life insurers like Prudential Financial (PRU) and Metlife (MET) could also benefit from a a steeper yield curve.

Crude oil and energy stocks were some of the biggest losers of the coronavirus pandemic. However they’ve been jumping in recent sessions. Crude oil rose 3.8 percent last week and is now on pace for its best week since late May.

This could be important for a few reasons. First, higher oil prices would lift inflation and potentially give another boost to interest rates. Second, they would encourage oil-field investments, increasing demand and production in the industrial sector. Third, a rebound in oil prices could reduce enthusiasm about solar energy and “ESG” investing.

In conclusion, coronavirus has dominated everything almost all year. But history teaches that pandemics don’t last forever. Hopefully this post helps you prepare for and anticipate a potential return to normalcy.

‘Risk On’ Sectors Lead as Stocks Try to Break Out