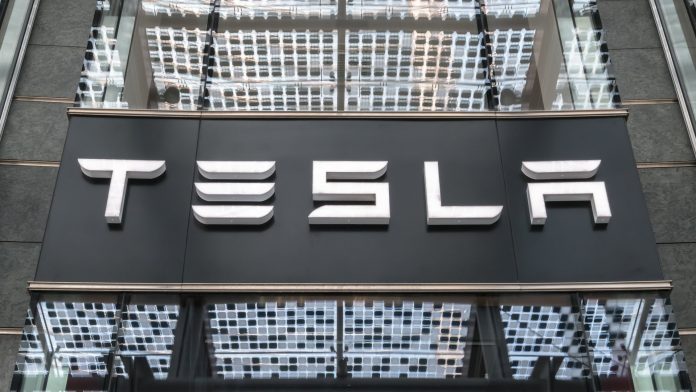 The rotation away from large Nasdaq stocks like Tesla has intensified, resulting in the market’s biggest divergence since the dotcom bubble broke a generation ago.

Here’s a weekly chart of the Invesco QQQ Trust (QQQ). The lower study shows its relative strength versus the DJ Industrial Average ETF (DIA) with a four-period interval. That means it compares the rolling four-week performance of the two stock market benchmarks.

The result? QQQ has lagged DIA by almost 12 percentage points in the last four weeks. It’s the worst reading since February 2002.

The selloff is part of a big shift in the market away from technology stocks that rallied during the coronavirus pandemic. Investors are unloading those in favor of value plays like financials and industrials, which benefit more directly from reopening. Many of them were also neglected over the previous decade. That means they have few entrenched owners who can become sellers — unlike the big names in QQQ.

QQQ is an exchange-traded fund, or ETF, that tracks the Nasdaq-100 Index. All of its 10 largest holdings are down in the last week, led by Tesla’s (TSLA) 22 percent decline. In the overall index, almost four-fifths of the stocks are down in the period.

Media ETF on the Move as Disney Shifts to Streaming Services