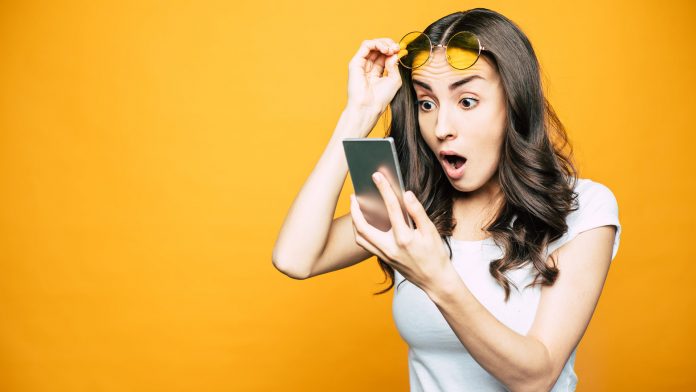 Snap just had an insanely bullish day, thanks to a better advertising platform and augmented reality.

Executives told investors revenue will grow more than 50 percent annually for “multiple” years, according to reports on Reuters, Bloomberg and CNBC. That’s more than 12 percentage points above the previous consensus estimate for next year.

SNAP’s self-serve advertising platform is the main reason, making it easier for marketers to build campaigns. The improvement dates back to major upgrades begun in 2017.

CEO Evan Spiegel added that augmented reality is “driving our future” and “we’re doubling down on this strategy in 2021.”

Analysts expect the changes to increase average revenue per user (ARPU). For example, Morgan Stanley upgraded SNAP on Monday, predicting that greater engagement will prolong time on the platform. The note also saw potential growth from services like:

SNAP was down as much as 9.9 percent early in the session, following a decline in related stocks like Facebook (FB) and Pinterest (PINS). However, it reversed dramatically to close at new all-time highs.

The swing was so large that SNAP went from $6.25 below Monday’s low to $5.45 above. It was the biggest one-day fluctuation in the company’s history. The move also resulted in a large bullish outside candle.

A rebound from coronavirus could add even more fuel to that fire because advertising tends to ebb and flow with the economy. Yesterday, for example, consumer confidence unexpected rose for the second straight month. That followed dramatic upgrades to growth last week.

SNAP isn’t in the S&P 500, even though it’s bigger than 85 percent of its most components. If it were a member, S&P Global Indexes would likely place it in the Communications Sector, along companies like FB, GOOGL and Twitter (TWTR).

Netflix Reports Earnings Tonight: Will It Finally Break Out?

Options Activity Is Rising in ‘Meme’ Stocks Like AMC and GameStop