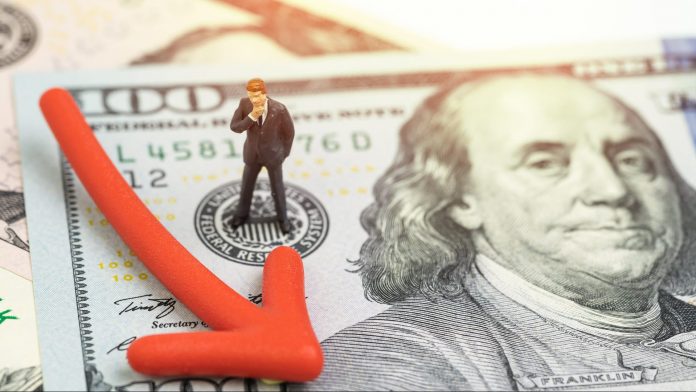 The U.S. dollar has been sliding for months, potentially creating a different kind of market in 2021.

These points are worth learning because currencies haven’t mattered for almost a decade. Some readers may remember the previous global boom between 2004 and 2011, but millions of investors have joined the market since. They’ve mostly seen rallies in technology and megacap Nasdaq stocks like Apple (AAPL), Amazon.com (AMZN) and Netflix (NFLX). But some trends suggest the next few years could be different.

What Is the Weak Dollar?

Most currencies fluctuate freely, going up or down based on supply and demand. This can be confusing because some currencies are priced in dollars (like the euro). In other cases, the dollar is priced in the other currency (like the yen).

What Stocks Can Benefit from a Weak Dollar?

A weak dollar typically lifts precious metals and foreign stocks because their underlying assets are priced in other currencies. They can automatically gain value when the U.S. dollar falls.

These are some of the most actively traded securities for a weak-dollar environment:

Why Is the Dollar Going Down?

Interest rates are the main driver of foreign-exchange markets. Countries with strong economies often have higher interest rates, creating demand for their currencies. Therefore economic news and forecasts can have a big impact on the U.S. dollar.

The coronavirus recession, plus the Federal Reserve’s low interest rates, have dragged down the dollar. However, the story is more complicated because currencies move in long cycles. The U.S. dollar entered the pandemic near its highest levels in over 15 years, which made it more vulnerable to a pullback.

Conditions have also brightened for other countries. China’s gaining investment and Europe has finally moved past Brexit. That combination of domestic weakness and improvement overseas is helping push the dollar lower.

How a Weak Dollar Can Hurt You Financially

A weak dollar is usually not a problem for most ordinary Americans because our economy is so large. It can increase the cost of travel and some commodities. However it can also boost exports by making U.S. goods cheaper in foreign markets.

What Events Can Move the Dollar?

Events like economic reports and Fed meetings are the main catalysts for the U.S. dollar. This week’s big items will likely be minutes from the last Fed meeting tomorrow afternoon and monthly employment data Friday morning.

Fear can be another big catalyst for the dollar. Political uncertainty, a selloff in the broader market or a crisis like coronavirus often boosts the greenback.

In conclusion, currencies have been a non-story for most of the last decade. But now they could be getting more active.

Stocks Fell Yesterday. How Serious Is It?