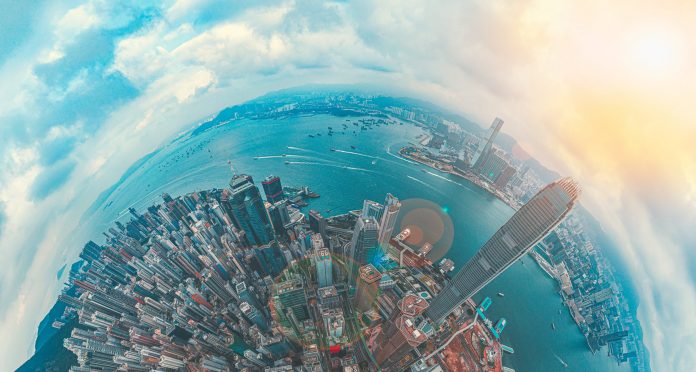 The U.S. dollar is under pressure, spurring interest in a whole new universe of stocks and commodities.

The moves come as the U.S. struggles to reopen amid the world’s biggest outbreak of coronavirus. That’s caused the Federal Reserve to promise super-low interest rates for years into the future. Minutes from its June 9-10 meeting, released last week, used the phrase “highly accommodative” five separate times referring to expected policy.

Low interest rates can make a currency like the U.S. dollar less attractive and “push” money overseas. Meanwhile, Beijing is taking steps to “pull” capital to China and Hong Kong. The People’s Bank of China last week announced Wealth Management Connect, a plan to open Hong Kong to investors from the southern Mainland.

Officials followed this yesterday with a front-page editorial in the state-backed China Securities Journal. The column urged citizens to buy stocks, citing the potential for a “healthy bull market.” (Remember, this is a state-run publication.)

Another big trend is the strength in metals like copper, gold and silver.

Copper futures (@HG) rose 12 percent in June, their biggest monthly gain since November 2016. That followed a 23 percent rally in Silver (@SI) in May, the white metal’s strongest showing since April 2011. Gold (@GC) has also advanced for five straight months, its longest positive streak since late 2010.

The link between a weak dollar and strong commodities was broadly known before 2010, but younger investors may not know it. The correlation results from the fact that the metals are priced in a simple relationship to the U.S. currency.

Say the greenback declines against the euro or yuan. Gold keeps its value relative to the foreign currencies, raising its price in dollars.

Bearish Flag on the Dollar?

The U.S. Dollar Index (@DX), which tracks the greenback against other major global currencies, has formed some potentially bearish chart patterns.

@DX had a large “doji” monthly candlestick in March, with huge swings higher and lower. That’s often viewed as a reversal pattern. It also occurred at near an earlier peak from January 2017, which could suggest the dollar has made a long-term high and is now rolling over.

@DX squeezed into a tight range after the monthly doji and broke to the downside in late May. It then drifted sideways and slightly higher, resulting in a potential “bearish flag” chart pattern. Momentum followers may look for selling pressure to increase if prices continue to fall.

In conclusion, the U.S. dollar has been relatively strong for the last five years. But signals in recent months suggest the tide may be turning. Keep reading Market Insights for more on potential winners and losers of the trend.

‘Weak Dollar’ Trades Appear Before Powell and the Fed