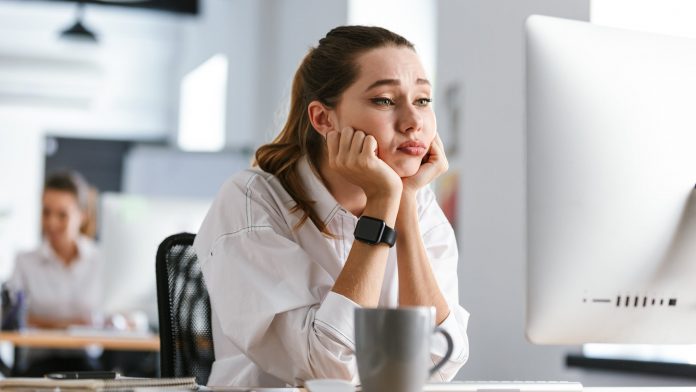 Several companies reported earnings this week, but few broke out.

Here’s rundown of the key points:

Networking giant Cisco Systems (CSCO) faced low expectations after a bad miss in August. This week it beat forecasts and issued guidance that was slightly above consensus. The company also managed to grow its security business and services, which are viewed as key to its future.

Still, CSCO remains below its levels from the summer and remains susceptible to changes in the economy if workers abandon traditional office parks. Over longer-term investors want to see a bigger shift away from its legacy hardware business.

Walt Disney (DIS) is also trying to embrace new services like Disney+ streaming. It made good progress this quarter, adding twice as many subscribers as forecast. Earnings and revenue beat estimates, partially because of lower costs at its television operations. However theme parks remain a giant hole in the income statement.

Parks, Experiences and Products generated just $2.58 billion of revenue last quarter, down 61 percent from a year before. The division contributed almost half the company’s operating income in the previous fiscal year, but in the most recent quarter it took away $1.1 billion.

DIS jumped earlier in the week along with most other stocks on hopes of a coronavirus vaccine from Pfizer (PFE). It pulled back and stayed below those highs after reporting. The message? DIS remains at the mercy of the pandemic given its parks and reliance on traditional movies.

Applied Materials (AMAT) is a key supplier of semiconductor-manufacturing equipment. It beat across the board: earnings, revenue and guidance.

Demand for Apple’s (AAPL) new iPhone 12, along with the spread of cloud-computing and 5G networking are expected to support demand for semiconductors. However the industry is economically sensitive. That makes it potentially susceptible to a rebound in coronavirus cases, which hit a new record high above 140,000 this week.

Beyond Meat (BYND) is already feeling the pain.

“For the first time since the pandemic began, we experienced the full brunt and unpredictability of COVID-19,” CEO Ethan Brown said. The previous quarter benefited from “record retail buying and freezer loading by consumers.” But this time, the slowdown in restaurants caught up with the plant-based food maker.

Profit was unexpectedly negative, and sales lagged forecasts by 29 percent. Margins were also way below consensus because of “lower net price realization as a result of higher trade discounts and lower absorption of fixed overhead.” Translation? BYND had to cut prices to move inventory. Then fixed costs were spread out over a smaller revenue base.

Over in China, the biggest company you’ve never heard of, did just the opposite.

Pinduoduo (PDD) increased its user base by 50 percent. It beat earnings forecasts by 300 percent. Revenue was more than 10 percent ahead of forecasts. The provider of customized e-commerce systems cited new growth in the dairy and agricultural markets. The stock flew 20 percent on the news, its biggest gain in over two years.

PDD’s market cap is now about $160 billion, comparable to McDonald’s (MCD). Another $10 billion, and it could overtake Costco (COST).

Homebuilder DR Horton (DHI) beat across the board, with orders gaining 81 percent. Cancellations fell and the backlog of houses in the pipeline almost doubled. The stock has consolidated in a range, along with its peers, since August.

This week also featured some newer fast-growing software companies you might not know:

In conclusion, it was a mixed week of earnings. The largest companies like CSCO and DIS were relatively uninteresting because they’re dealing with bigger issues. However some newer companies like PDD and GRWG managed to break out.